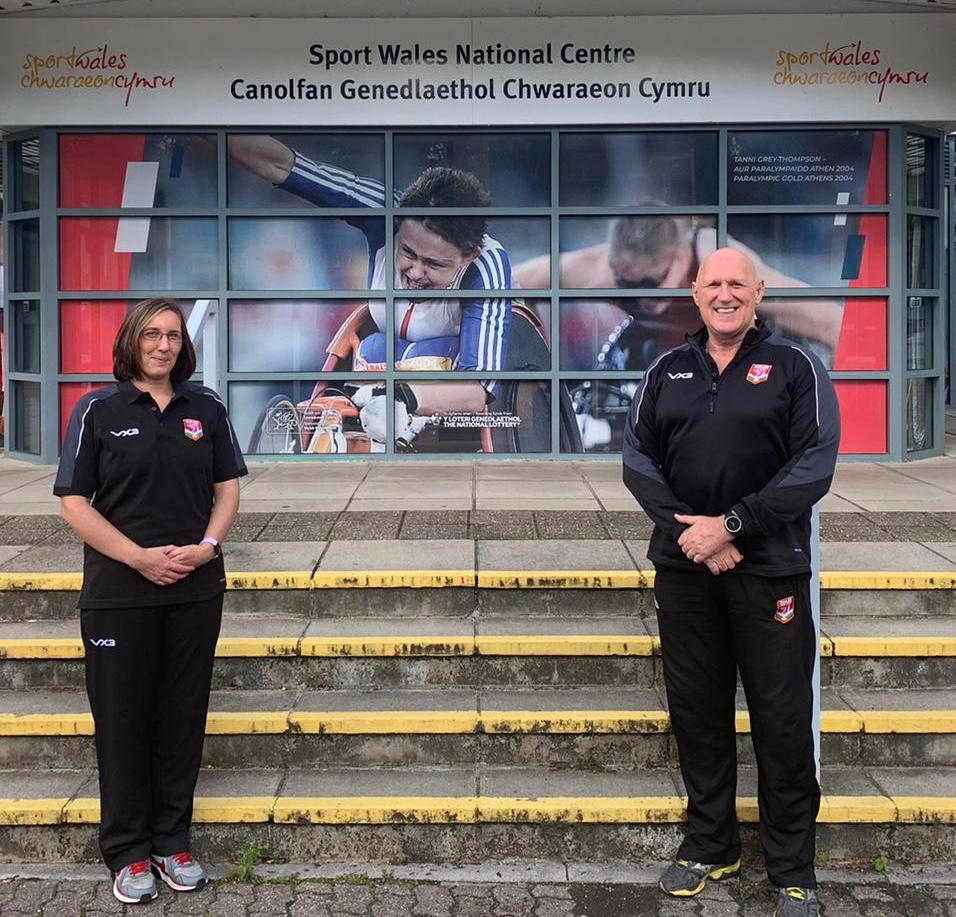 Alana Sargent has made history for the third time after being appointed the first ever Head of Wheelchair Rugby League Match Officials for Wales Rugby League.

The Ferndale-based 37 year old was appointed head coach of the Wales Wheelchair side in 2014, after a spell in charge of Swindon St George, becoming WRL’s first ever female head coach. After ten matches in charge, which included coaching Wales to the first of their four consecutive Celtic Cup titles, she handed over the reins to Steve Jones.

However her involvement in the sport continued as a match official, where she became one of the first three females to officiate in an RFL Wheelchair Final, taking her place as a goal-line referee in both games of the double header 2019 Wheelchair Challenge Plate Final and Wheelchair Challenge Cup Final. Two of the other officials in both of those matches were also female.

Now she is looking forward to bringing through new match officials to Wheelchair Rugby League in Wales, with a domestic league set to launch.

She said: “I want to build a close knit team of high standard match officials for Wales at domestic and international competitions for us to have representation in national finals, home nations, European Championships and World Cups.

“We need a foundation to help grow the sport and match official opportunities for all athletes and match officials, both disabled and non-disabled, as part of the inclusiveness of the sport. There will be opportunities for clubs to feedback to help with further development so we can keep raising standards. This will enable everyone to work together to get stronger and have a better understanding of what is required on court.

For more information on how to become a Wheelchair Rugby League match official in Wales, please contact Alana by email at alana.sargent@rugbyleague.wales or phone 07761263111.