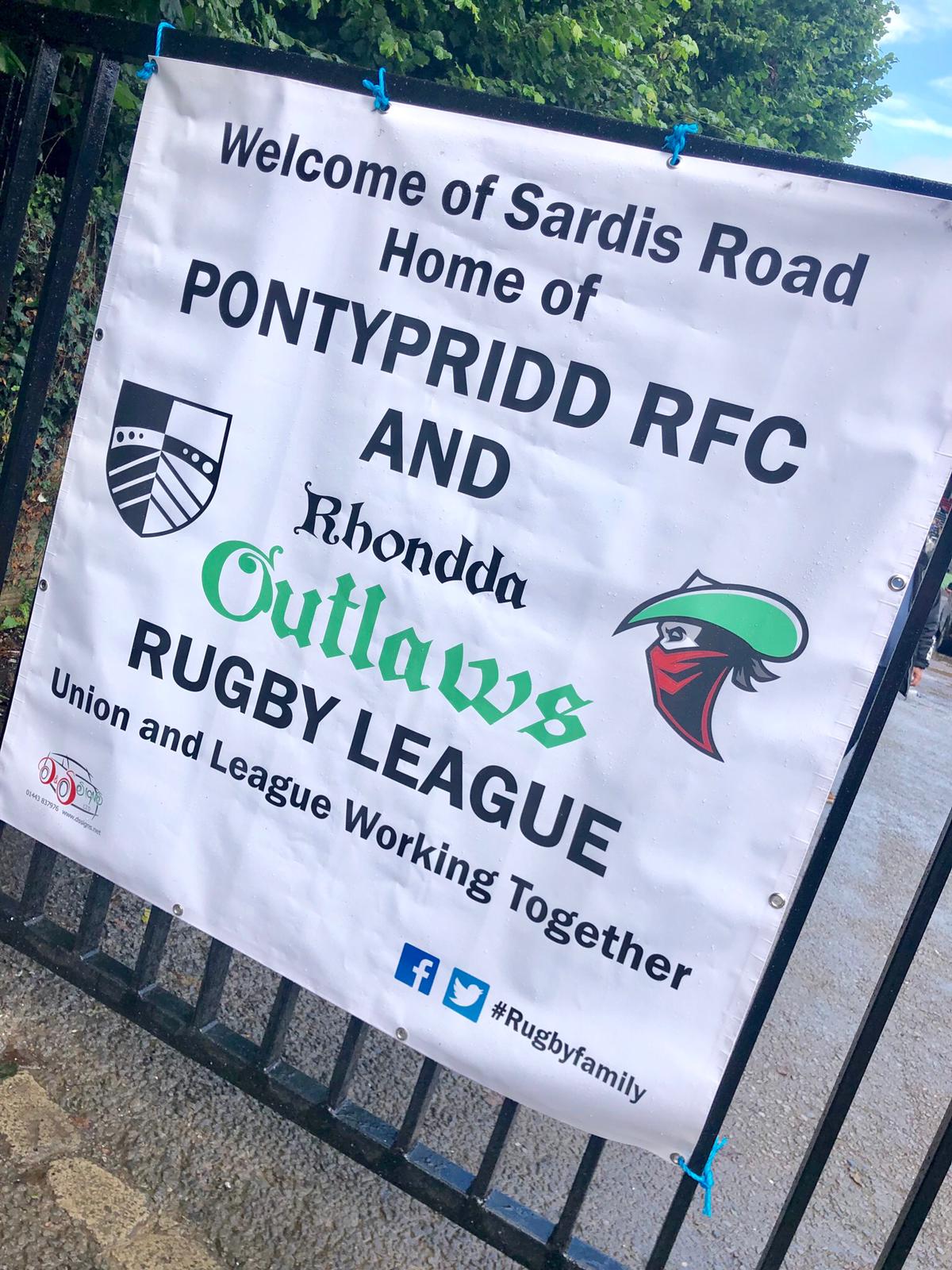 The Outlaws organised much of the event, from running the gate, to the PA announcing and even sourcing sponsorship for the match programme printing.

If that wasn’t enough, Ieuan Griffiths, the Outlaws substitute in their senior Grand Final against Bridgend Blue Bulls, actually refereed the U12 final between Bridgend and Aber Valley Wolves earlier in the day, plus their full-back Rhodri Garland was PA announcer for the first two finals.

Over 600 people passed through the gates throughout the day and were treated to an outstanding festival of rugby league.

The day started with a match in pouring rain where Bridgend’s U12 side just saw off Aber Valley Wolves 10-8, a single conversion being the difference between the sides.

Bridgend had an easier ride in the U14 final, defeating newcomers Cynon Valley Cavaliers 38-6with the gallant runners up fighting hard throughout.

And the U16 final saw the game of the day where Aber Valley consigned Torfaen Tigers to their tenth final defeat in a row as a club, winning 42-30 with the result in doubt up until the final five minutes.

“We’ve had four great finals showcasing the talent we have here in Wales.

“Everything both on and off the pitch has run like clockwork and I would like to thank everyone involved. Every single volunteer has made sure the day has been as professional as can be and I look forward to more events at Sardis Road in the future.”