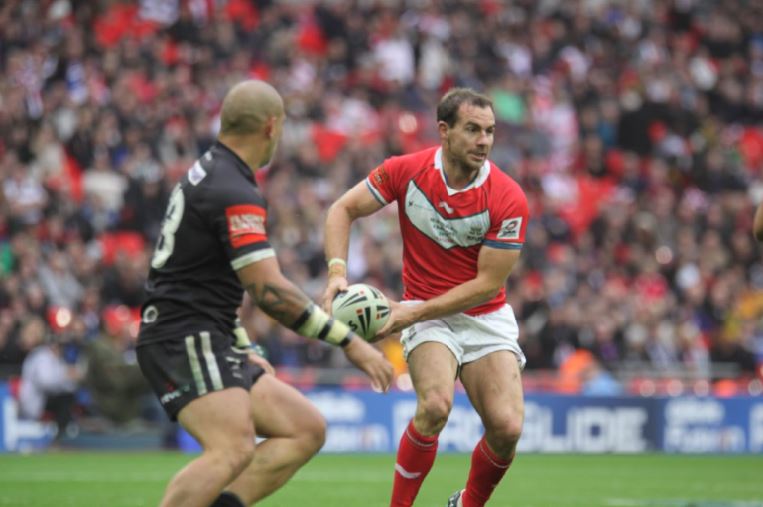 So this week, from Tuesday to Saturday, four selections in chronological order, will be revealed along with an explanation from one of the Ians as to why. Here are the second four…

NOMINATION 5 – 2011 – Wales play at Wembley and lead against Australia

I was delighted to photograph Wales throughout the Four Nations as we competed on the big stage against England, New Zealand and then Australia. Highlights for me included photographing at Wembley Stadium where we took on New Zealand. I was standing in front of the Kiwi Haka at the start of the game. Then there was that first half against Australia at Wrexham where we were only team to lead the Kangaroos during the tournament. Great stuff. I also must add that in 2011 and in other years, I was also honoured to watch breathtaking performances from the Aussie Schoolboys and the Australian Institute of Sport. They were on a different level and it’s a shame we don’t face them anymore. Ian Lovell

One thing I’ve always learned is that a Clive Griffiths’ coached side is a good side. Wales were hosting the Student championships for the first time in eight years and it was the first time North Wales had hosted a complete major international RL tournament. Wales won this title in 2009 with Clive coaching and from kick-off in the final game against England, I felt they looked the better side. A few of them eventually became full internationals too showing Clive could certainly develop them. Ian Lovell

Wins are like buses. You can wait for ages for one and then two come on the trot. Save for a Welsh Club XIII victory over the first Kangaroos in 1909, Wales have never beaten Australia at international level. And with two exceptions, that’s still the case. The only two victories were hard-fought wins in the 2013 Wheelchair Rugby League World Cup. Those games were the first I’d seen in the Wheelchair game and it got me hooked and now I’ve watched a few Wales games live. Other victories have followed for Wales Wheelchair, but these were something special. Ian Golden

North Wales Crusaders were unstoppable in 2013. I travelled up from South Wales to watch them in their final game of the season, a Big Welsh Derby against South Wales Scorpions, and it was a close one. My reporting colleague from Crusaders, Ryan Gould, admitted he was worried for a while. But the Crusaders came through, winning the match by 13 points to remain unbeaten at home that year, and took the title to add to their Northern Rail Bowl earlier in the season. It’s just a shame that restructure of the RFL Championship sent them straight back down again. Ian Golden