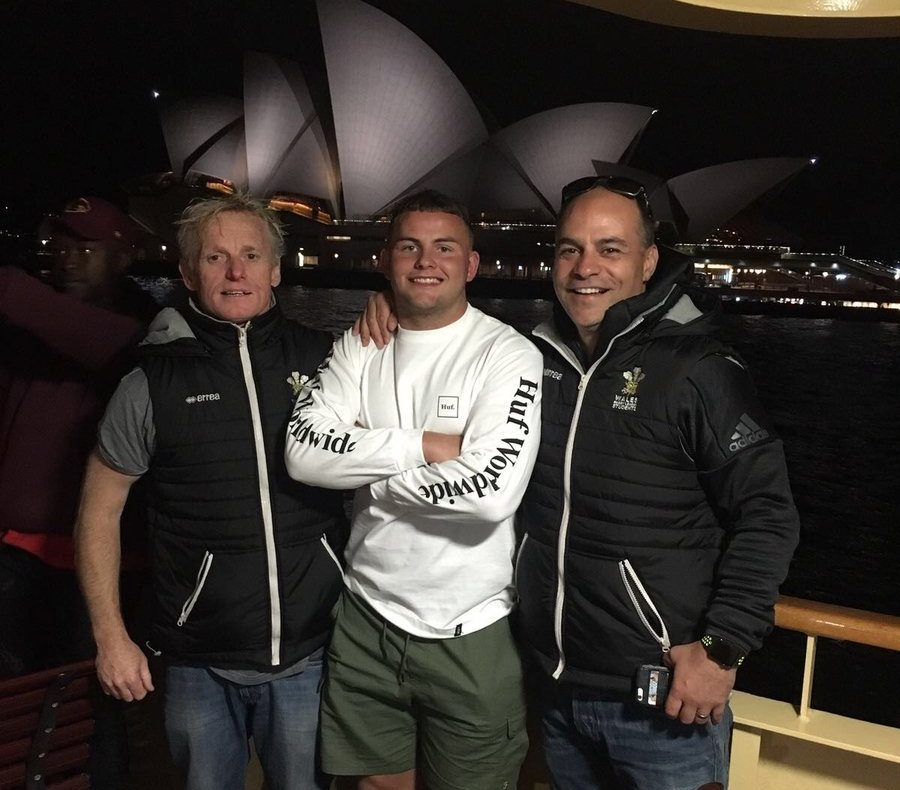 Wales Rugby League are encouraging all to lend their support to Mark Jones, who is currently raising money for Myeloma UK whilst in hospital for three weeks after having chemotherapy and a stem cell transplant.

Jones, 49, from Llantwit Major in the Vale of Glamorgan, a keen surfer and former rugby player, was the National Development Manager at Wales Rugby League from 2009 until 2015. He then transferred over to Coleg y Cymoedd as head of rugby league, continuing the good work he had started when overseeing the AASE Academy.

In the summer of 2018, Mark and his family’s world was turned upside down when he was diagnosed with Myeloma.

Myeloma is normally associated with people in their 60s and 70s so it was a huge shock when this diagnosis was confirmed. It is an incurable terminal illness.

Mark has been undergoing chemotherapy for the last 10 months and typically has been tackling the illness head on. He has refused to let it get the better of him and has got himself in the best physical condition possible to fight this illness as best he can – training every day at the gym, surfing as much as possible and all on top of work and the day to day challenges of a family life. It has been truly inspirational to see him doing this.

This month, he went into the University of Wales Hospital in Cardiff to undergo a final blast of chemotherapy and a stem cell transplant. He is in a room that he can’t leave for risk of infection for up to three weeks while his immune system is completely wiped out.

The support that Mark has received from the staff at the UWH has been incredible and he is eternally grateful for what they have done, and continue to do every day.

Mark, being Mark, has refused to sit still and has decided to spend his time raising money for Myeloma UK. He is doing this by virtually paddling around the Welsh Coastline. He has a hand paddle machine in his room and he is blasting out 50kms at a time going from and to pre-mapped out areas around the country.

To donate to Mark his justgiving page is https://www.justgiving.com/fundraising/mark-jones256