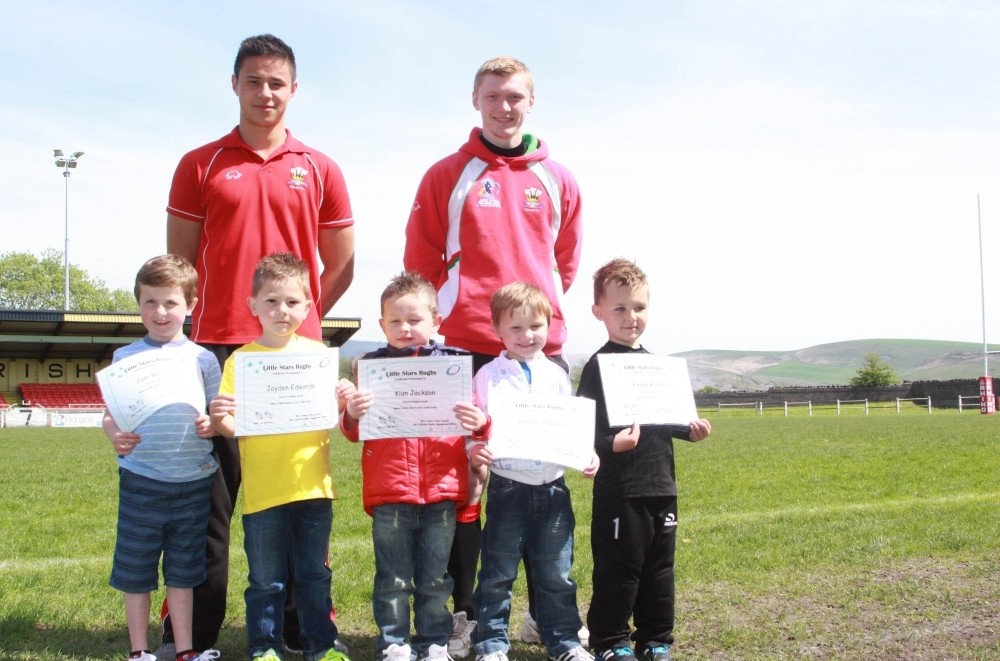 At a time when Wales Rugby League is burgeoning with quality players in their youth set ups, you could be forgiven for thinking that these players are likely to be concentrating solely on their own careers.

Nevertheless, two players for the Maesteg-based South Wales AASE Academy have been assisting in the development of youngsters as part of the WRU Little Stars programme at Caerau school in Maesteg.

The programme, in conjunction with Communities First, saw Gethyn Rees and Rhys Dawe from the Academy spend six weeks coaching reception age children and their parents to develop skills and promote physical activity.

WRL Chief Chris Thair was delighted to support such an initiative.

“It is important we actively support the our communities and players,” he said. “And this does both. These young players are contracted with Wales Rugby League and it is important they also develop as individuals.

“By leading on coaching sessions and being guided by other adults they will have learnt a lot and I’m delighted with the feedback we have had.”

“They’re an absolute credit to the Academy, the school, their parents and the whole town,” she said. “To give up their own time after a gruelling training sessions every week says a huge amount about these two young men.”

The participants of the Little Stars programme and their parents attended a recent South Wales Scorpions game to receive their certificates as part of a half time presentation.