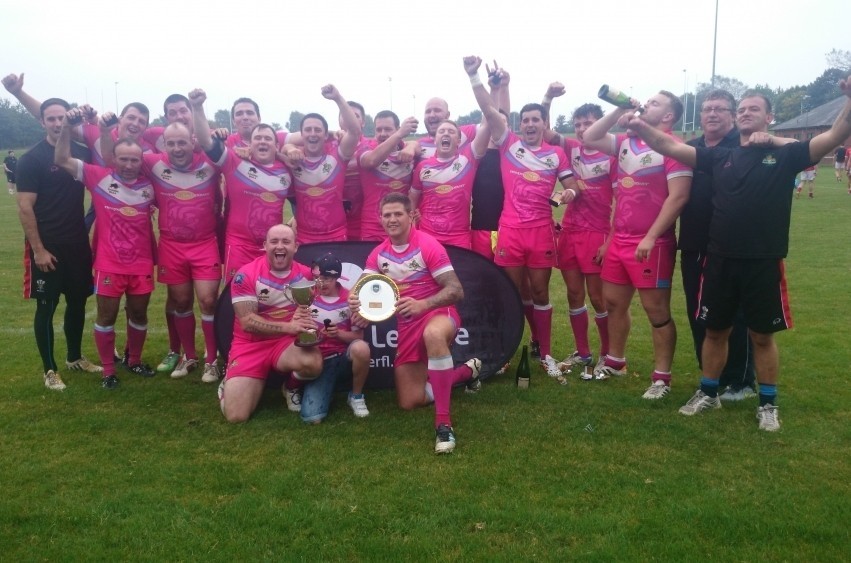 Valley Cougars were applauded off the pitch for their gutsy performance at Oulton Raiders on Saturday despite going down 48-0 to crash out of the Ladbroke’s Challenge Cup.

The Welsh side had two players withdraw at the last minute meaning that they travelled with just two substitutes, and after two early injuries, played most of the game without anyone on the bench.

Their more experienced opponents took full advantage and went into the break 26-0 up after grounding five times. To the Cougars’ credit, they only conceded four more tries in the second half when they could have folded a lot more given their circumstances.

Matty Bullough led the way with a hat-trick of tries for the Leeds-based side, Adrian Holdworth and Danny Stanley both added a brace with Clayton Stott, Scott MacDonald and Andy Tillet also crossing. Stanley converted four of the tries.

Cougars coach Paul Emanuelli said: “I’m really proud of the boys today. We had two players drop out late last night and four players making their debut, two of whom had never played Rugby League before.

“After 20 minutes, we were left with a bare 13 after Steve Bray split his eye and Mikey Rowe injured his knee. On top of that one of our props Adam Morgan played the whole of the second half with a dislocated shoulder and he refused to come off.

“Our man of the match today was Scott Britton. It was his first game was us as captain and he was fantastic.

“Oulton were a very good side and thoroughly deserved their win. I was just disappointed that we couldn’t test them with our full side. All credit to them and I wish them all the best in the next round.”

The draw for the third round of the Ladbroke’s Challenge Cup, which includes Wales’ two semi-professional sides in South Wales Scorpions and North Wales Crusaders, will be made at 7pm on Tuesday evening in Huddersfield.