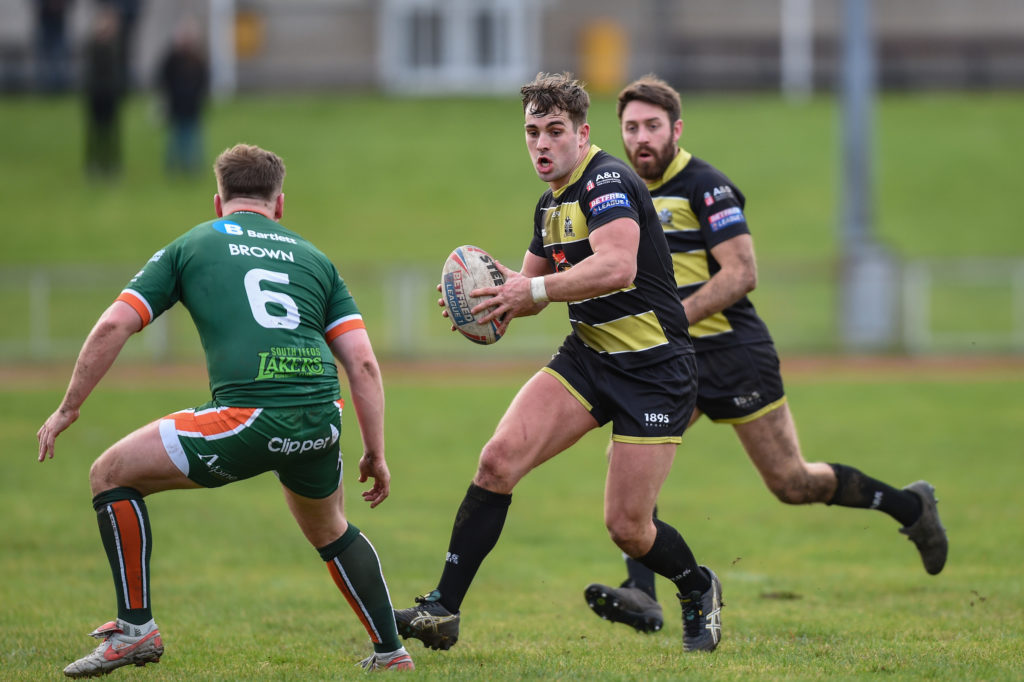 Tom Ashton struck in the final four minutes as Hunslet edged a classic Challenge Cup tie with North Wales Crusaders to book their place in the fifth round.

Crusaders led from the 30thminute up until Ashton’s late winner and had looked fairly comfortable at 18-10 as the game entered the final stages.

Hunslet had plenty of field position, particularly in the second half, only for North Wales to repeatedly stand firm to anything they threw at them.

All of the pressure finally took its toll, however, and the visitors’ two late efforts ultimately proved to be the difference between the two sides.

Hunslet took the lead when, on the back of a penalty, they shifted the ball to the left wing and Jimmy Watson managed to squeeze his way over in the corner.

After Anthony Boardman was sent to the sin-bin for a dangerous tackle on Rob Massam, Crusaders took full advantage as Kieran Sherratt hit a great line to crash over and put the home side ahead.

North Wales then built on their lead, with Sherratt breaking down the left and finding Elliott Jenkins on his inside to finish off the move.

Liam Copland attempted to dive over in the right corner, but Massam was more than a match for him and forced him in touch.

When they next went forward, though, they made their field position count, with Boardman gathering Massam’s error to stroll in underneath the sticks.

With a couple of minutes left on the clock, however, Crusaders extended their lead to eight points as Massam showed great strength to finish off a nice flowing move in the left corner.

In the early stages of the second half, Copland once again tried to get the better of Massam, but the Welsh international stood firm and made sure he could only find touch.

With Crusaders in good field position, they were awarded a penalty, opted to kick for goal and Tommy Johnson added another two points on the scoreboard.

Hunslet continually applied pressure on Crusaders’ line, but the Welshmen scrambled excellently at times to shut out the Yorkshire side.

However, a big turning point came when Earl Hurst was sent to the sin-bin for a high tackle.

In the next ten minutes while North Wales were down to 12 men, Dom Brambani hit a good line to break through and touch down under the sticks.

With the tie entering the final stages, Hunslet sealed the win through Ashton, who took advantage of a superb right to left shift to dive over in the left corner.