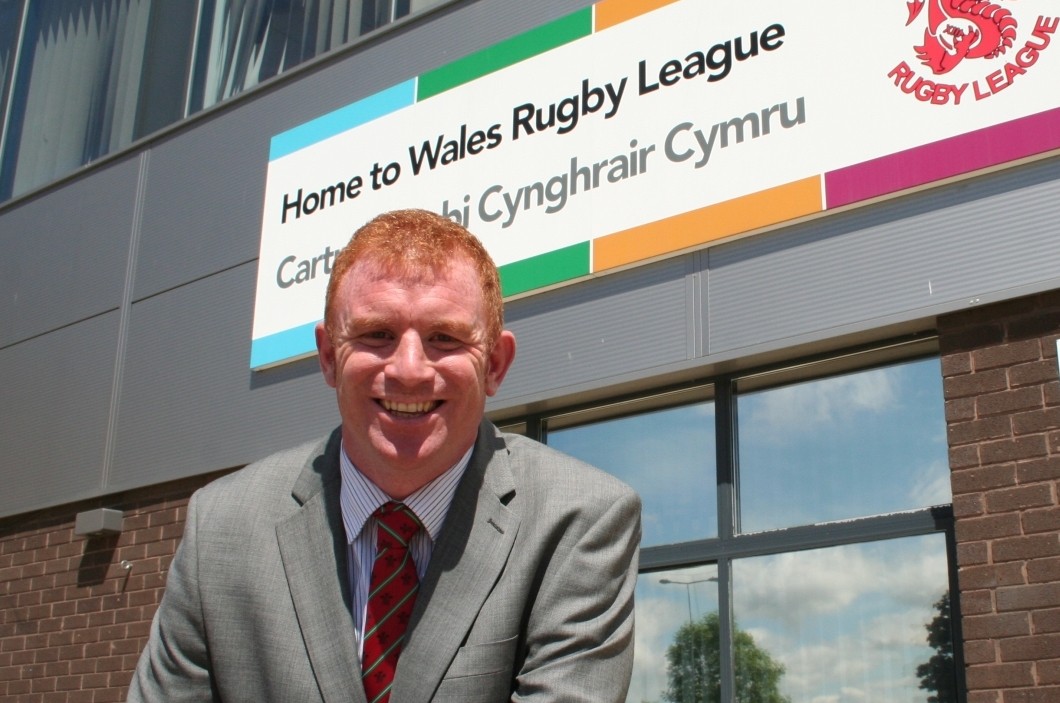 Wales Rugby League’s chief executive Chris Thair, is leaving at the month to take up a new role at the Rugby League European Federation.

He will be the organisation’s new general manager, taking over from Danny Kazandjian who has become global operations manager of the International Federation.

Thair, (41) will take up his new role on 1st November and has a long history in developing rugby league, most recently as CEO and a director of Wales Rugby League.

“After an exhaustive and comprehensive recruitment process, where the standard of applicant was both heartening and exceptional, Chris’s qualities stood out,” said RLEF chairman Maurice Watkins, MBE. “He has been involved in the sport at all levels, from player to development officer through to running a governing body and he has a clear perception of where the RLEF can make maximum impact in the years ahead.”

Watkins added: “I am very grateful to WRL for facilitating Chris’ move across and look forward to working with him in what is shaping up to be a very exciting and progressive time for the sport in the northern hemisphere, not least with a World Cup on the horizon in 2021.”

St Helens-born Thair, a graduate of Loughborough University, captained Great Britain and England Students and has been a development manager in London and the North West, also working for the Rugby Football League in community partnerships, club support and salary cap and licensing roles, before moving to Wales RL in April 2013.

“I am very much looking forward to enhancing the great work that has gone on at the RLEF in recent times,” said Thair. “One of the first tasks is to write a new strategy and plan for the organisation and build upon the growing confidence in the international game. Helping our member nations become stronger governing bodies and developing the existing international competitions – along with some new properties – will be at the heart of it.”

Thair confirmed: “I am extremely grateful to Wales Rugby League for the support they have given me, and there is now a solid platform established for them from which to build upon. I have every confidence the RLEF can take more major steps forward and I’m excited about what the future will bring.”

WRL chairman Brian Juliff said: “Chris Thair has been at the centre of our intensive governance program at Wales Rugby League since his appointment back in 2012. He has implemented many new operating policies and restructured our business model to ensure sustainability for the future.

“During his time we have achieved success at age group and senior levels, and he departs with Wales Rugby League as current European Champions.

“It’s been a pleasure to work with Chris and we will all miss his guidance, enthusiasm and energy. His appointment by the RLEF is well deserved and I am sure will prove to be successful.

“I wish Chris well with his new challenge and look forward to maintaining our relationship and to supporting him in his new role.”