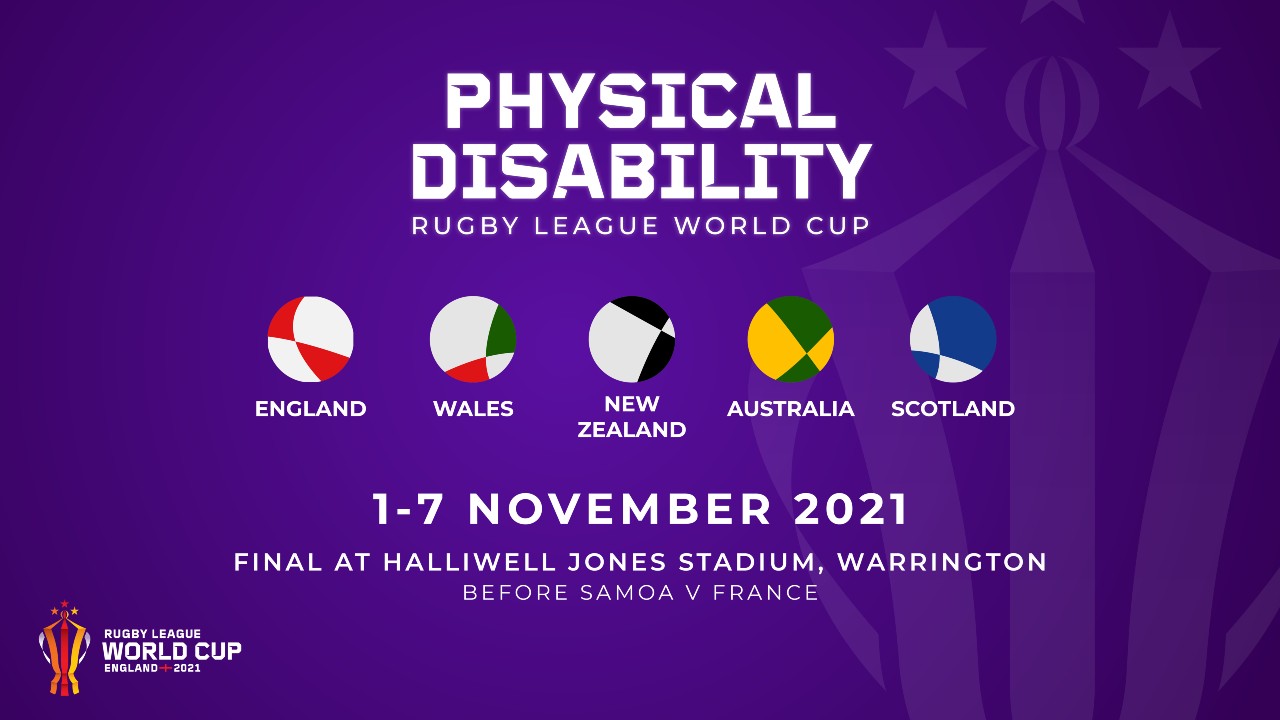 Wales Rugby League are looking for players to take part in the first-ever Physical Disability Rugby League (PDRL) World Cup, an exhibition event, which will be held during this year’s showpiece tournament – The Rugby League World Cup 2021.

The five-team tournament will be hosted in Warrington from 1 November 2021 and will be a festival of exciting and competitive international PDRL. The event will culminate with the final at the Halliwell Jones Stadium ahead of France v Samoa in the final men’s group A match, on 7 November 2021.

The PDRL World Cup comprises teams from five nations who will take part in a mini-tournament format – England, New Zealand, Australia, Scotland and Wales are all set to compete for the first ever PDRL World Cup title.

Do you want to play for Wales in the Physical Disability World Cup? You must either be Welsh born, have a Welsh parent or grandparent or must have lived in Wales for at least five years.

PDRL is an adapted version of rugby league aimed at facilitating those with physical disabilities the opportunity to play.

For further details about PDRL, where to play in Wales, or to get involved with the Welsh national side, please contact: neil.lynch@walesrugbyleague.co.uk.

Check out all the latest PDRL news from Wales at https://wrl.wales/category/physical-disability-rl 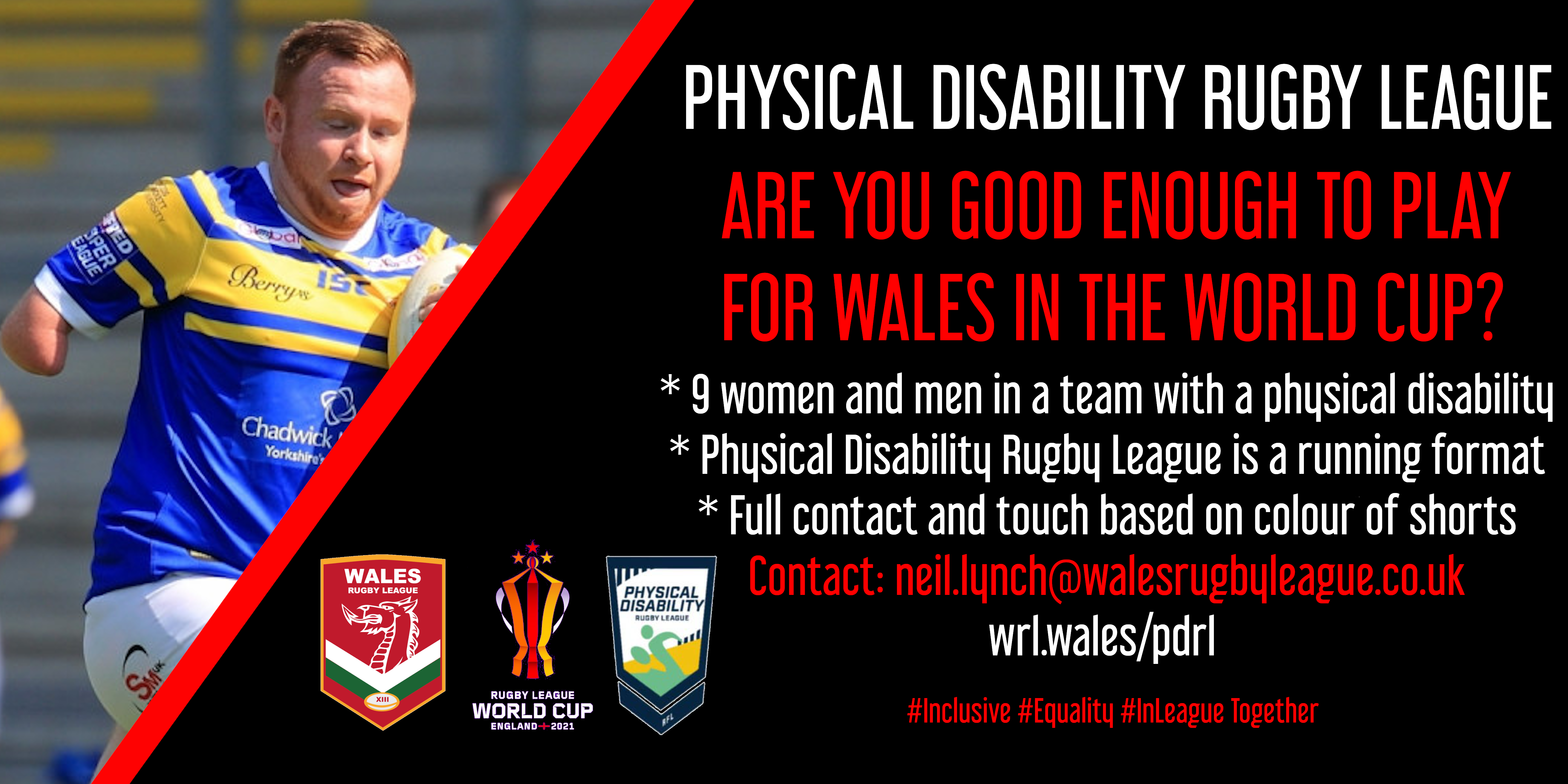