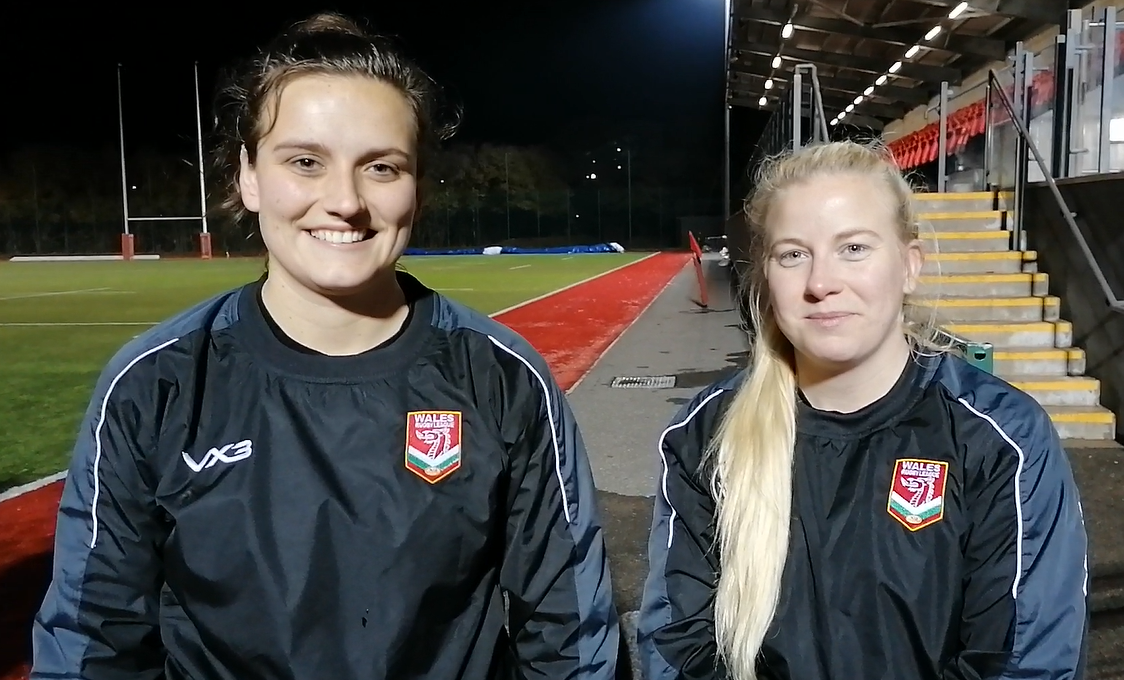 This match is the second in a double header, with Wales Dragonhearts first facing England Lions U23 in a men’s community international at 2pm.

Last month, we reported on the family connections in these two international sides but Hughes and Burnell are making a piece of history of their own as they are the first ever out same sex couple to star in the same Wales Rugby League international side.

The first female international player for Wales was back in 2016 when Merthyr Tydfil born Sarah Anne Evans made two appearances for the Wales Wheelchair international side in 2016 alongside her partner Geraint Price. The first female scorer was also in the Wheelchair game after Clare Cranston got one try against Italy and two against Spain in the 2017 World Cup.

But Hughes will always go down in history as the first try scorer for the Wales Women’s international side and she was delighted to have done this alongside her partner especially as they were celebrating one year together in the same week.

“It was amazing,” Hughes said. “It was so surreal. I don’t think it kicked in really until after the game when people came up to me and said that I’d made history. I’m still getting over it.

“We’ll take the England Lions challenge as it comes. We had a really good session on the weekend where we picked up more techniques and league based skills.”

“There was a lot more structure,” Burnell added. “I think we went into the first game a bit naïve, so training now has been about slowing things down and getting the basics right.”

Hughes was first on the scoresheet for Wales but she’s got her partner to thank for introducing her to the 13-man game.

“I was playing it for a while,” Burnell said. “I dragged her along to training one day and then she stole my glory with the first try!”

Admission to both matches on Saturday costs just £4 for adults or £2 concessions or if you’re unable to get to the venue, tune in on the RFL’s OuRLeague app or go to www.rugby-league.com. You’ll need to register to watch, but it’s free of charge.