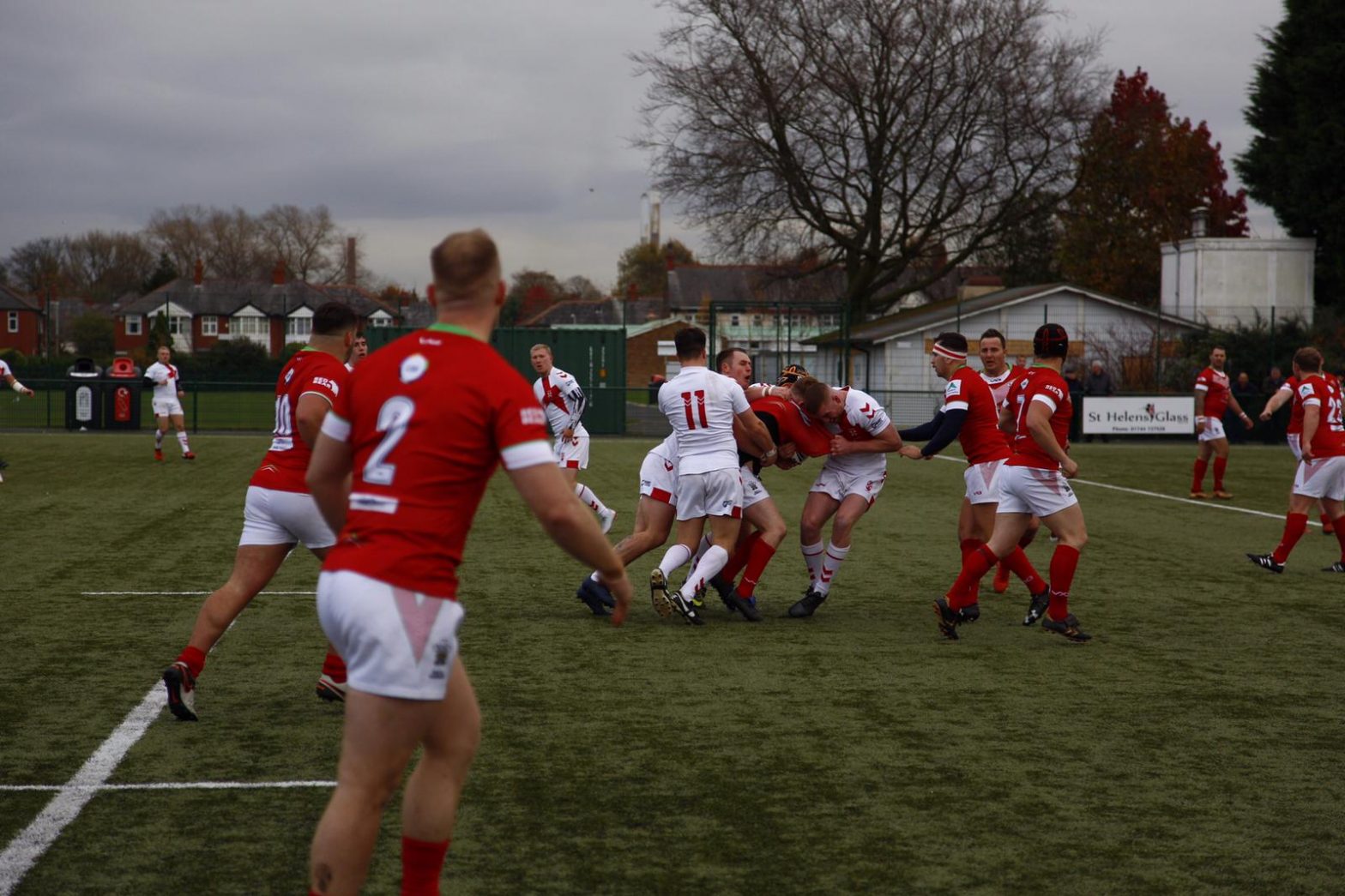 Wales Dragonhearts fell to a 68-0 defeat against a strong England Lions U23 side, in a role reversal of their dominance against Lithuania last week.

The game was won by half-time after England ran in seven first half tries, the first four coming after Wales gave away penalties.

Soon after that, Dean Rooney fed to McAllister and split the Wales defence to run home. Poskitt converted again to make it 12-0

Harvey Gotts raced through for the third which Poskitt improved again before Danny Cassidy twisted over for England’s fourth.

Jack Smith ran over for the fifth and Tom Sowerby for the sixth. Poskitt converted both before scoring one of his own but missing the kick to put the half-time score onto 38-0.

Wales were more competitive in the second half and just a dropped ball in the first couple of minutes prevented them from getting on the board early on.

It took until the 55th minute before Sam Lewis scored England’s first of the half which Poskitt improved.

Danny Cassidy added to that with a try in the corner before Jack Smith ran through with ease for England to pass 50 with Poskitt converting.

Then Dean Rooney created a try for Harvey Gotts under the sticks. Poskitt converted to bring up 60 points.

Danny Cassidy looked to have completed the rout with a try in the corner but there was still time for Tom Sowerby to race in for his second, the final score of the game.