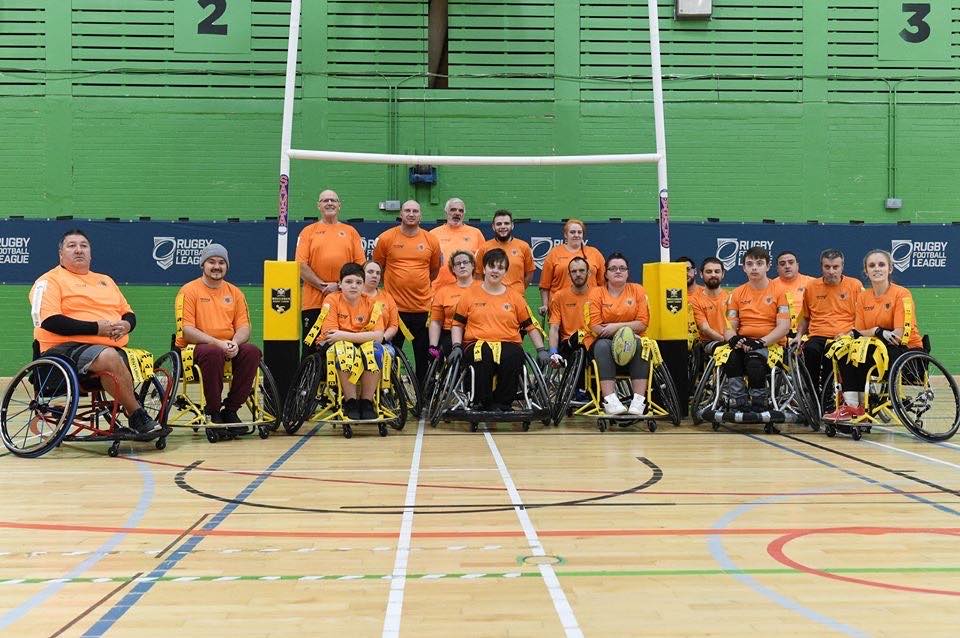 The 2020 RFL Wheelchair Rugby League season will open on Saturday 7th March with a double header of matches at Darland High School near Wrexham with a Super League game between North Wales Crusaders and Leeds Rhinos (1pm) before the first ever Wheelchair RL Welsh derby where new clubs Crusaders Celts and Ebbw Rollers face off (3pm).

The “main event” opens the five-team RFL Championship, the second of a three-tier structure in an expanded Wheelchair Rugby League competition. The other three sides in this competition are North Wales Crusaders A, Gravesend Dynamite and the Dartford-based Argonauts Demigods.

Ebbw Rollers are South Wales’ first ever Wheelchair Rugby League side. They are part of the already established Ebbw Vale Wheelchair Sports Club, who already have sides in wheelchair rugby union 7s, basketball, tennis, boccia and volleyball sports. These are all inclusive wheelchair-based sports to create a level playing field for everyone.

North Wales Crusaders’ head coach Steve Jones is looking forward to the opening day and the challenges he faces in the season ahead as his club becomes the first in Wheelchair Rugby League history to field three sides.

He said: “With the growth of the club last year and the signing of more members during January, it became clear to me that we had too many players for the Championship side. With this in mind it was decided to take the history making decision to be the first Wheelchair club to form a third team to compete in the league. This will ensure that any players who want to play competitively will get plenty of game time.

“Whilst it will be classed as our development team, we have put a couple of seasoned players in to help out. This includes Rebecca Laing who will captain the new side. it was decided to name the new team Crusaders Celts in a nod to the history of the Crusaders rugby league name.

“All the players are excited about the Celts, and can’t wait for the start of the new season when we take on Ebbw Rollers. The buzz for the whole season is building up.

“Our Super League team has also benefited by the return of previous captain Mark Williams, and Scott Trigg-Turner who has also taken on the role of strength and conditioning coach. This year in Super League will be one of our toughest years yet, thanks to the addition of two new strong teams, but we’re up to the challenge and can’t wait for March 7th.”

Ebbw Rollers head coach Mark Turner is also looking forward to the North Wales trip and the challenges ahead.

He said: “There’s going to be some friendly rivalry there. We know that North Wales Crusaders have been playing for a while and they’ve got a team in Super League, so it’ll be good to measure ourselves in how we do against their Championship sides.

“This is our first step into Wheelchair Rugby League as we only started training this month (February), but we’ve high aspirations that we can get a few players into the Wales squad. We’re starting small and within a year, we are aiming to push a couple of Crusaders out of the Wales squad and a couple of our players in!

“All of our home games bar our first one will be on a Saturday at Ebbw Vale Leisure Centre with a midday kick-off. The first ever Wheelchair match in South Wales will be Ebbw Rollers v Argonauts Demigods on March 29th at Abertillery Leisure Centre at midday.”

North Wales Crusaders A start their league season on the weekend of March 14th when they travel to Argonauts Demigods. 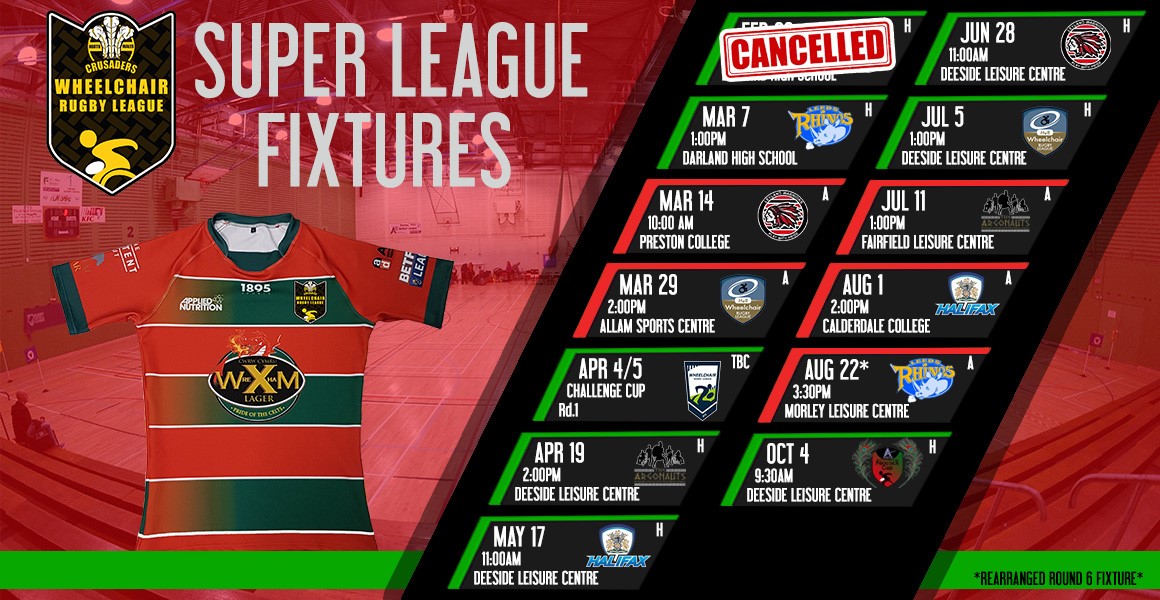 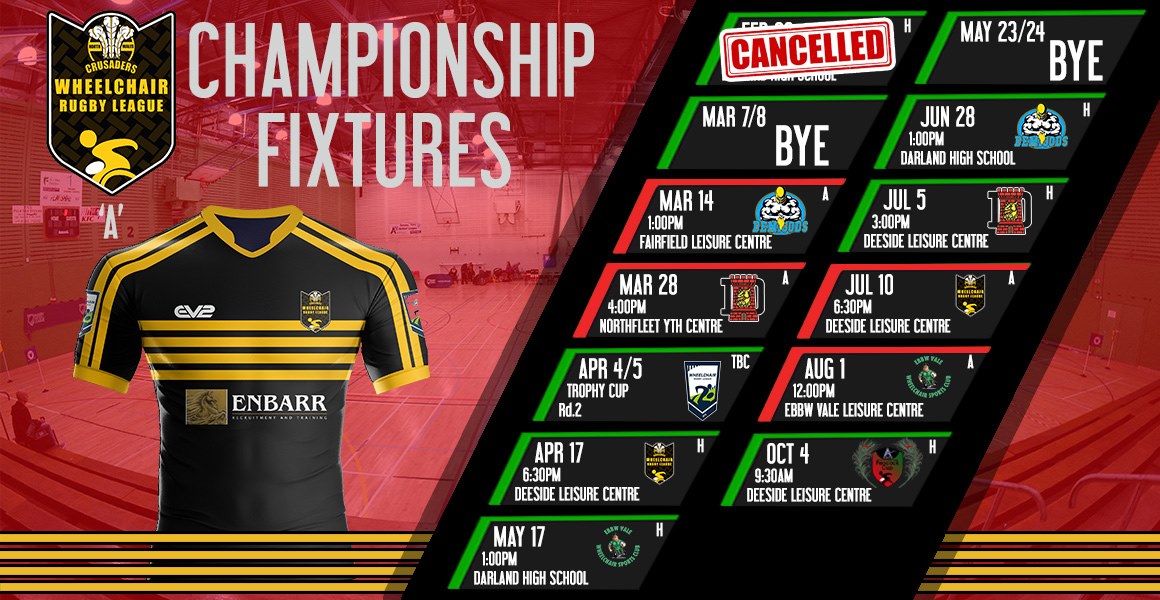 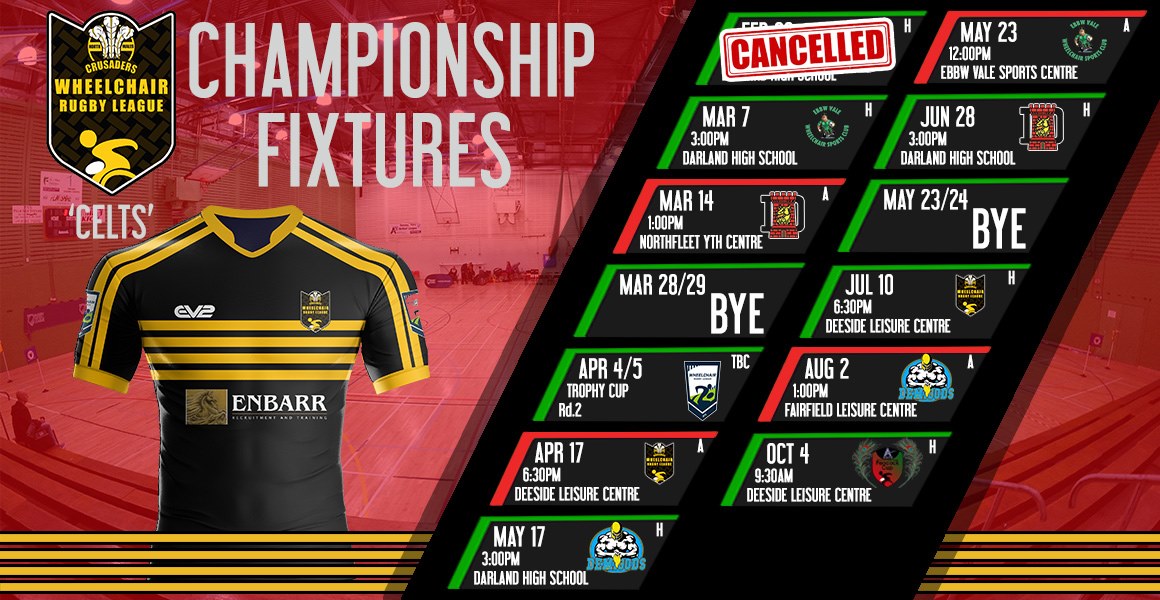 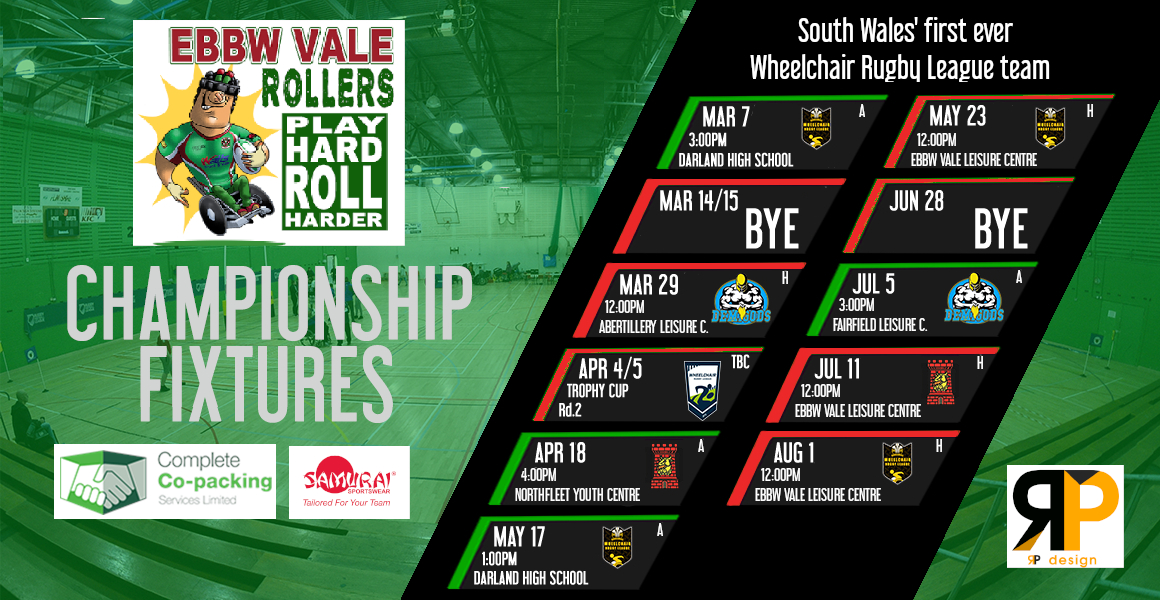