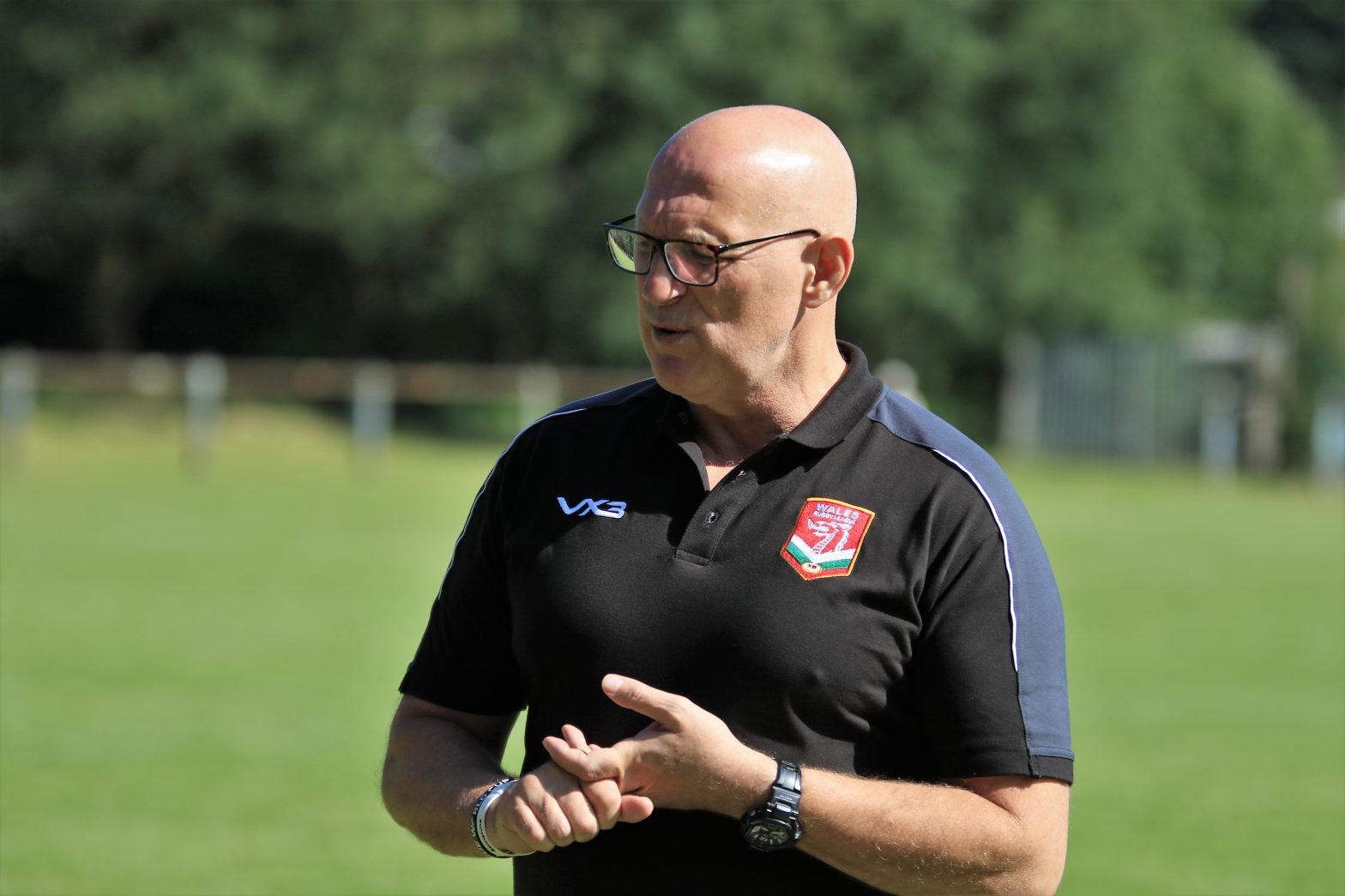 Just over a year in post, Wales Rugby League CEO Gareth Kear has reprioritised the organisation setting it on, what he believes, will be a path to greater growth and relevance in the country under the strapline ‘future is bright.’

“I believe in inclusion and equality and am immensely proud that these values have been part of the sport’s DNA since 1895,” he says, reflecting on recent progress made. “I believe women’s rugby league can help our sport grow as fast as the men’s game – and possibly even quicker. The need for promoting accessible sport is key, so the inclusion of a wheelchair competition too is a significant statement, which we fully support.”

Having attained senior level 3 coaching status, Kear coached the Wales women’s national rugby union side from 2000, taking them to the World Cup as team manager in 2002, in Spain.

“Our rugby league women were due to take part in the Emerging Nations’ Championship this year which has now been cancelled due to Covid-19 restrictions,” he confirms. “We have, however, planned an exciting first-ever Test match on June 25 and games against potential World Cup teams in September/October. We have also appointed a new head coach, Tom Brindle, for our women’s team.

“In preparation for their World Cup campaigns, our men’s side under John Kear will also have an exciting international match on the international weekend of June 25-26, with the fixture set to be announced at the end of February and possibly televised. Our wheelchair side will look to defend their trophy in the Celtic Cup on June 12 at the University of Edinburgh.”

Kear, who has worked as a sales and marketing director for a number of global companies, is intent on establishing the position and profile of rugby league in a nation that played in the sport’s inaugural international fixture, against New Zealand on New Year’s Day 1908, winning 9-8 at Aberdare.

He adds: “Our new strategy is to build from the bottom up by creating sustainable community rugby league clubs and not just teams. Each new club has to run, as a minimum, a men’s and women’s side at open age and a junior team, with an intention to also establish wheelchair and physical disability (PDRL) sides in the future, all with support from us as an NGB with our community coaches.

“We have already launched an initiative for parents of those on the elite player pathways to attend a mandatory presentation on anti-doping and also on concussion (brain injury awareness), making Wales Rugby League the first national governing body to do so. This will be rolled out to all community clubs, schools and national sides alongside all of our safe guarding programmes. I initiated a re-structure our board to allow a 60-40 gender split of directors, we advertised nationally and now have 10 non-executive directors, of whom four are women.”

In such uncertain times without direct income generation for a year, these progressive actions need access to finance and Kear has found new revenue streams for WRL to access.

“I have managed to secure additional grant funding, with £50,000 for the purchase of community wheelchairs for our new clubs and international chairs from Sport Wales; £200,000 for loss of fan revenue for our international pathways, semi-professional sides West Wales Raiders and North Wales Crusaders and the community game, from the Welsh Government; together with £7,000 for a community project to improve fitness, wellbeing, movement and literacy via the medium of rugby league for U6-U10s in schools and clubs,” he advises.

“The money is huge because our pro teams weren’t eligible to receive anything from UK central Government via the DCMS. I lobbied Sport Wales and the Welsh Parliament along with other sports and they listened and responded to our case. Rugby league is one of only six sports in Wales to be awarded this grant.

“This is massive for us as in years gone by we have been at best marginalised and at worst discriminated against. We now have an excellent and supportive relationship with such bodies and other sports. It is also significant that this is a grant and not a loan as it is in England.”

With the BBC set to run it’s hugely acclaimed documentary Codebreakers again on Saturday night, Kear is also immensely proud of the work that has begun on the back of that programme to erect a statue in Cardiff Bay, finally representing the contribution and achievements of those who were forced to ‘go north’.

He says: “We have launched a charity project, of which I am so proud to be a director, to honour all of our players of black heritage from South Cardiff and Tiger Bay who were forced to leave because of discrimination, with a permanent statue to Billy Boston, Gus Risman and Clive Sullivan in the area at a cost of £300k, under the project title of ‘one team, one race.’

“Some of the country’s greatest sporting heroes are to be immortalised in a permanent artwork designed to ensure that their stories – and those of the proud and vibrant multi-cultural communities which helped shape them – are never forgotten.”