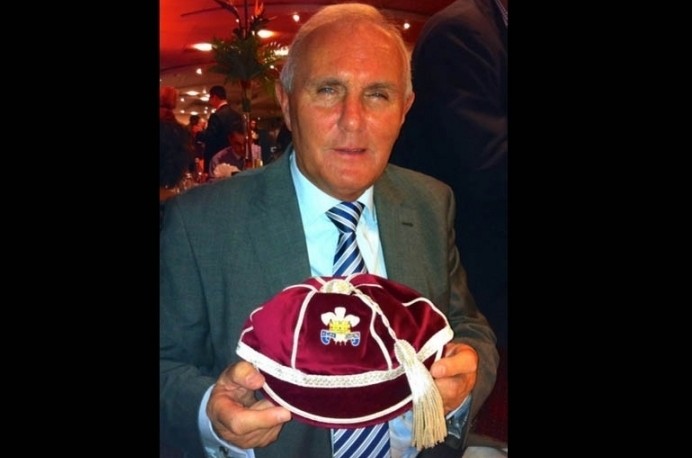 It will be a case of history repeating itself for former Wales dual code international Glyn Turner when he attends the annual Wales Rugby League cap presentation this Friday at the Principality Stadium in Cardiff.

Turner, 68, won two caps in the 15-man code whilst with Ebbw Vale, both against Argentina in 1968, before moving to Rugby League. There he became one of those rare players to turn out of both Hull clubs, making 50 appearances for Rovers from 1974-78 before spending two years across the city, playing 36 times for Hull FC. He won six Welsh Rugby League caps, four of being in the 1975 World Cup.

Famously, Turner had to wait 45 years before receiving his rugby union cap as at the time, the Welsh Rugby Union didn’t recognise these games as full internationals. But in 2013, after lengthy discussions, it was decided to recognise these players and Turner received his cap.

And after it was found out last year that Turner hadn’t received his Wales Rugby League cap either, WRL’s chairman Brian Juliff, decided to include him in the cap presentation ceremony this Friday, that has been set up to reward Welsh international players at all levels below the first team.

Juliff said: “Glyn will be a guest of honour on the evening and the event gives us the opportunity to introduce him to somewhere in the region of 300 plus young Welsh Rugby League players and supporters.

“This is only our second event of this nature and follows on from a very successful evening last year. We are planning to build on this type of presentation evening to both reward our athletes and also encourage our former players to once more embrace the game.

“Glyn is the first ‘legendary’ Wales star to be recognised in this way and we hope the event will grow in stature over the coming years.”

In addition to Juliff and Turner, WRL president Mike Nicholas will also be in attendance, Nicholas making his Welsh debut a week before Turner back in 1975, while the guest of honour who will present the caps to players from Wales Dragonhearts, under 18s, 16s, Wheelchair and Students, will be current Wales international Elliot Kear.

Kear, 27 has scored 11 tries in 18 appearances for Wales and was part of the Wales side who won the European Championship last year. Currently with London Broncos, he spent a number of years in Super League with Celtic Crusaders and Bradford Bulls. In the same class in Whitchurch High as Gareth Bale and Sam Warburton, he started playing League for Cardiff Demons at 16 years old and was spotted by Crusaders from there.

A former Wales under 18 and Wales Dragonhearts international, Kear knows how important these development sides are for Wales and is looking forward to the evening.

“I was fortunate enough to play for Wales 18s and the Dragonhearts all those years ago, and both sides were honours that I aimed for,” he said. “I know it’s the same with the players from those and other sides who will be at the Principality Stadium on Friday night and I can’t wait to meet hundreds of players who are the future of Wales at full international level.”