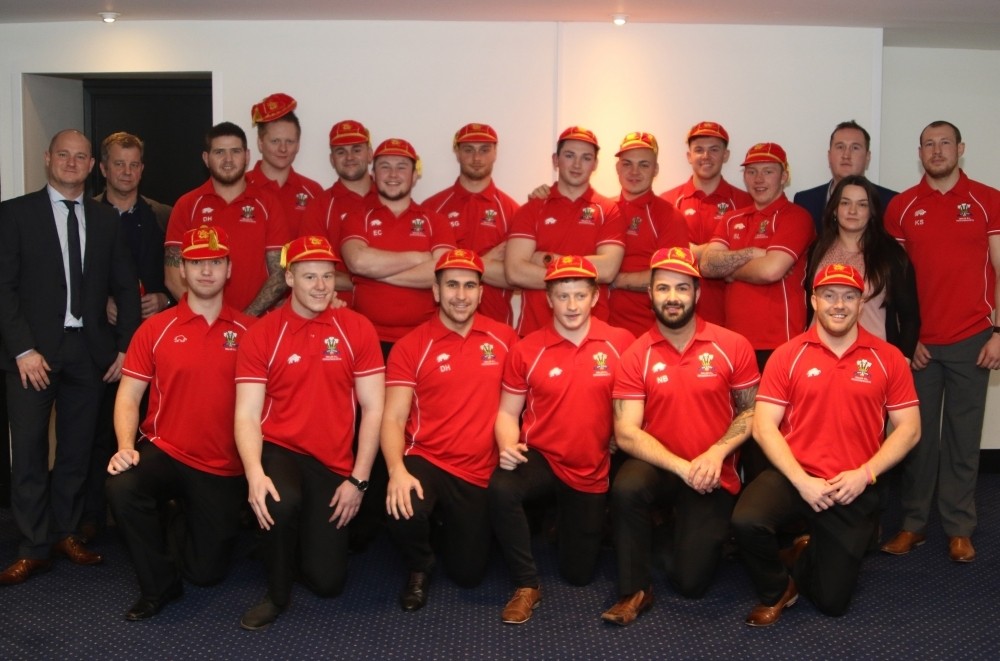 Wales Rugby League are celebrating a successful second annual caps presentation evening at the Principality Stadium in Cardiff where with over 500 in attendance, international players at most levels below the senior side were presented with the caps that they won in 2015.

Players from the Wales under 16, 18, Students and Dragonhearts (pictured) sides were all in attendance, as were those who had played for East and West Wales at under 14 and 15 level in 2015.

There was also a special guest appearance from 1970s full international player, the former Hull FC and KR star Glyn Turner, who not only received his long awaited Welsh cap that wasn’t awarded to him 40 years ago, but he was on hand to present caps to the up and coming juniors and community players too.

“To actually get a Welsh cap means a lot to me,” Turner said. “I played for Wales from 1975 but there were no Welsh caps in those days – you had to play for Great Britain to get that. This is a big honour, not just to receive my Welsh cap but to present caps to players who are coming through – we had nothing like that in my day as you had to go north to play the game. I’m glad that things have changed and we’re seeing all this development.”

Wales Rugby League president Mike Nicholas, who played alongside Turner in the 1975 World Cup, said: “I’m delighted for Glyn especially as he’s only just received his Welsh rugby union cap that he won on the Argentina tour of 1968. Now the same thing has happened to him 40 years after playing in the World Cup for Wales in Rugby League. I’m delighted for him.

“We must be doing something right in Wales as this is an absolutely fantastic turnout. We’ve been growing slowly and this is another development in the way we run our game. I’m pleased that we can recognise players in this way and it shows we’re developing.”

WRL chairman Brian Juliff, himself a Wales international in the late 1970s and early 1980s, added: “It’s a real privilege to be involved in an event like this and it’s growing. Just seeing all these hundreds of people here is evidence that we’re moving in the right direction in terms of culture for Wales Rugby League.

“Rugby League is a family game and just looking round the room and seeing parents and grandparents reminds me of the time that my grandfather used to follow me. Without him I wouldn’t have come through in rugby. It’s a wonderful occasion to see all these players and the support their families are giving them.”

Wales under 18 coach Paul Emanuelli, who is now also head coach of South Wales Scorpions’ under 20s, spoke highly of the pathway that’s now in place to develop these international players who have been recognised, for them to become professionals and eventually full Wales internationals.

“With the Scorpions setting up a new under 20s side, along with the Raiders, Cougars and Tigers in Conference League South, there are now multiple pathways,” he said.

“There are also strong clubs like Cardiff, Aber Valley Wolves and Bridgend in the Welsh Conference – they all feed in to the system. And now we’ve got the opportunity for 16-20 year olds to be part of a semi-professional set-up with the new Scorpions’ under 20s and hopefully they’ll progress up to the first team eventually. I also know the similar is in place in North Wales with the Crusaders’ under 16 and 18 sides. I see nothing but positives for the future of Rugby League in Wales right now.”