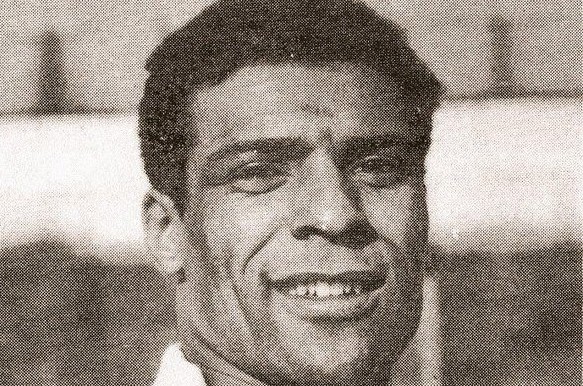 Wales Rugby League are saddened to hear about the death of our former international player Johnny Freeman.

Johnny was born in 1934 and was brought up in rugby union with the famous Cardiff International Athletic Club playing alongside Billy Boston.

Both went up north at a similar time to join Rugby League, with Freeman going to Halifax, being paid a signing on fee of £1,050 (worth over £60,000 these days).

There, his playing record for the Club was extraordinary. Between 1954 and 1967 he made 395 appearances scoring 290 tries, still the Club’s record, and 15 goals for a total of 900 points. Although in recent years he has lived in his South Wales, where he was born and learned his Rugby, he has remained a regular attendee at Club and Players’ Association events.

As his try-scoring record demonstrates he was an outstanding athlete and had he avoided a knee injury in December 1957 when he had already scored 38 tries in 20 matches, the 1957/8 season must have earned him the Great Britain tour which he richly deserved.

Heritage #257, he made one appearance for Wales, playing against France in Toulouse in 1963. It’s likely that he would have won more Welsh caps but Wales only played two games during his Rugby League career.

He was a big supporter of the Welsh game and could often be seen at local club and international matches in South Wales.

A Hall of Fame inductee at Halifax, he was awarded a testimonial in 1967, played against Keighley.

He was the cousin of British Empire heavyweight boxing champion, Joe Erskine and father of singer Karen from the pop group, Mirrorball.

WRL chairman Brian Juliff said: “Johnny Freeman, a son of Cardiff was an exceptional talent and a legend of Wales Rugby League through his outstanding contribution at Halifax RLFC as a prolific try scoring wingman.

“Johnny remains a popular figure at Halifax and to everyone else who had the pleasure of knowing him.

“He will be sadly missed by so many people. R.I.P to a truly great sportsman!”