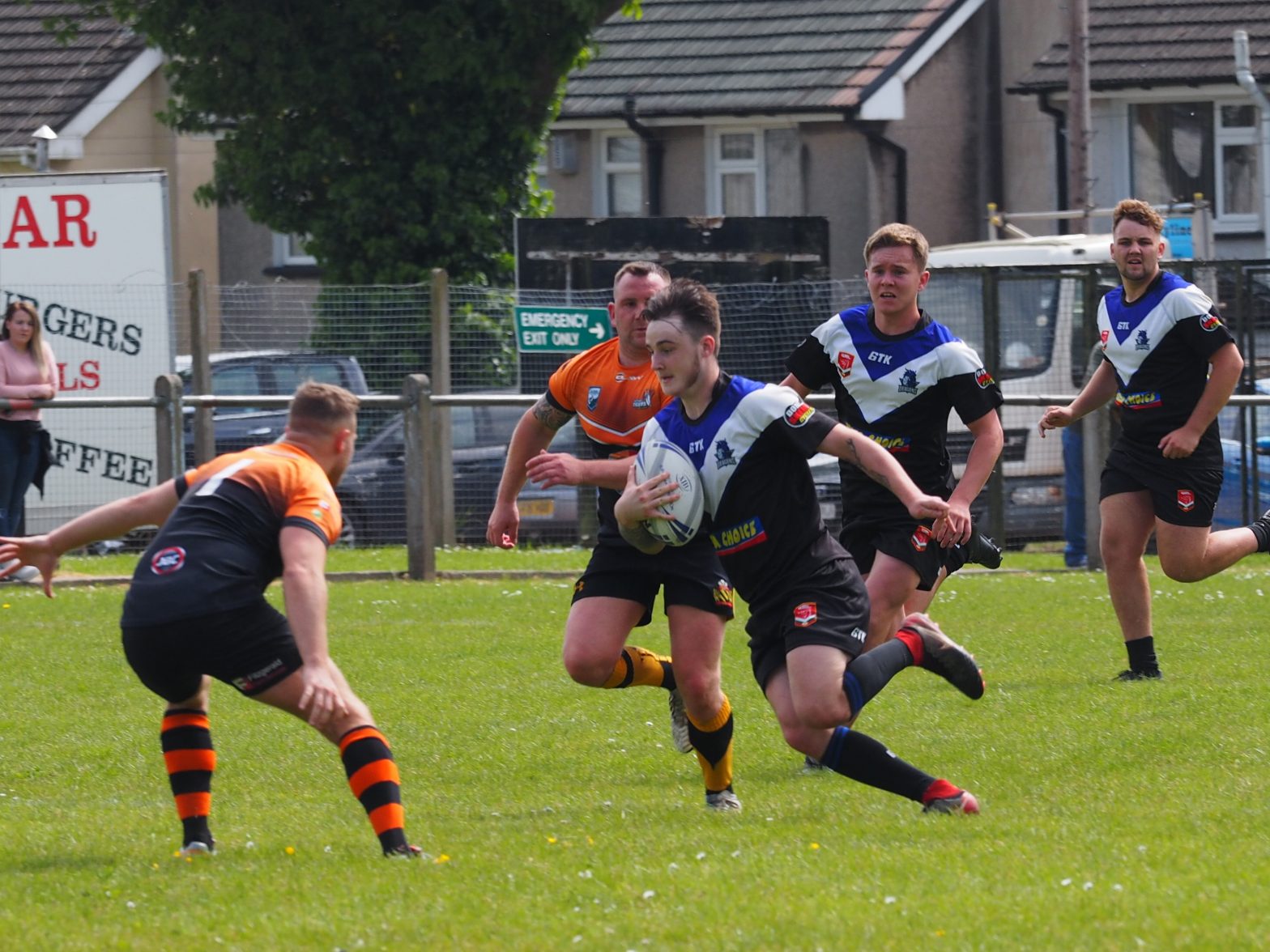 The prize at stake is a place in Grand Finals day at Sardis Road on Sunday 11th August and Rhondda Outlaws, who finished top of the Premier League table, are determined to reach the event at their ground.

They take on Cardiff Blue Dragons in the semi-final this Sunday in Pontypridd (kick-off 2.30pm) and after losing at this stage in the last two years, coach James Allen hopes it will be third time lucky.

He said: “We’ve been unsuccessful on the last two occasions but this time we feel we are better prepared.

“We’ll go into Sunday’s game with confidence in our ability and without underestimating Cardiff. We know they are a physical team that will keep coming until the final whistle as we’ve seen from last weekend’s fixture. We wish all the semi-finalists good luck.”

The other Premier League semi-final is on Pyle RFC on Friday night when Bridgend Blue Bulls host Torfaen Tigers A (kick-off 7pm).

Bridgend have already qualified for the U12 and U14 finals and the Bulls, who last won the senior final in 2016, would love to be in a third.

Steve Smith, Blue Bulls club general manager, said: “We’re really proud of our juniors who have had superb seasons and deserve their place in the U12 and U14 finals. It’s been an excellent adventure and they have excited all expectations. All the games have been competitive and a joy to be a part of. There is some fantastic talent in South Wales and the future is bright in Bridgend.

“In regards to the seniors, it’s been tough to get games this summer, but the ones we have had have been competitive and tough challenges. Hats off to the players who have stuck at it and hopefully this Friday’s semi-final won’t be our last game this summer.”

All three junior semi-finals feature Aber Valley Wolves, and their first attempt to get to Sardis Road is tonight (Thursday) when they travel to Torfaen Tigers in the U16 encounter (kick-off 7pm), where the winners will take on Cardiff Blue Dragons. The same two sides then meet at U12 level on Sunday (kick-off 10am).

Helen Treherne from Aber Valley Wolves is proud of the club’s achievements this year.

She said: “Aber Valley Wolves are thrilled to be in all three U12, U14 and U16 play-offs and that’s a testament to the hard work and dedication of players, coaches and parents.

“Two of our age groups won the Grand Final last season so we hope to emulate that success again this year, but whatever the outcome, we are and will remain immensely proud of all our young Wolves.

“We have great facilities, an impressive 105 juniors on our books – including an influx of over 40 under 12s who had never played rugby league before – which proves that participation in RL in Wales is definitely increasing. Good luck to all the teams in the play-offs.”

Wolves’ U14 encounter is against Cynon Valley Cavaliers at Aneurin Park, also on Sunday (kick-off noon), and the Cavaliers, in their first year as a club, were almost in two semi-finals having only missed out on the U12 game on points difference.

Jamie Evans, the Cavaliers U14s coach, said: “It’s amazing to think that we did not even exist two weeks into the 2019 rugby league season after replacing a side that withdrew.

“What started out as a meeting with Rob Davies from WRL has snowballed into something fantastic. We’ve fielded over 50 boys in our U12s and U14s, all of whom are new to the game.

“The boys have been magnificent, taking everything in their stride and are improving week on week but we’ve a massive test on Sunday against a quality side who play all hands rugby, and we are looking forward to the challenge that awaits.”