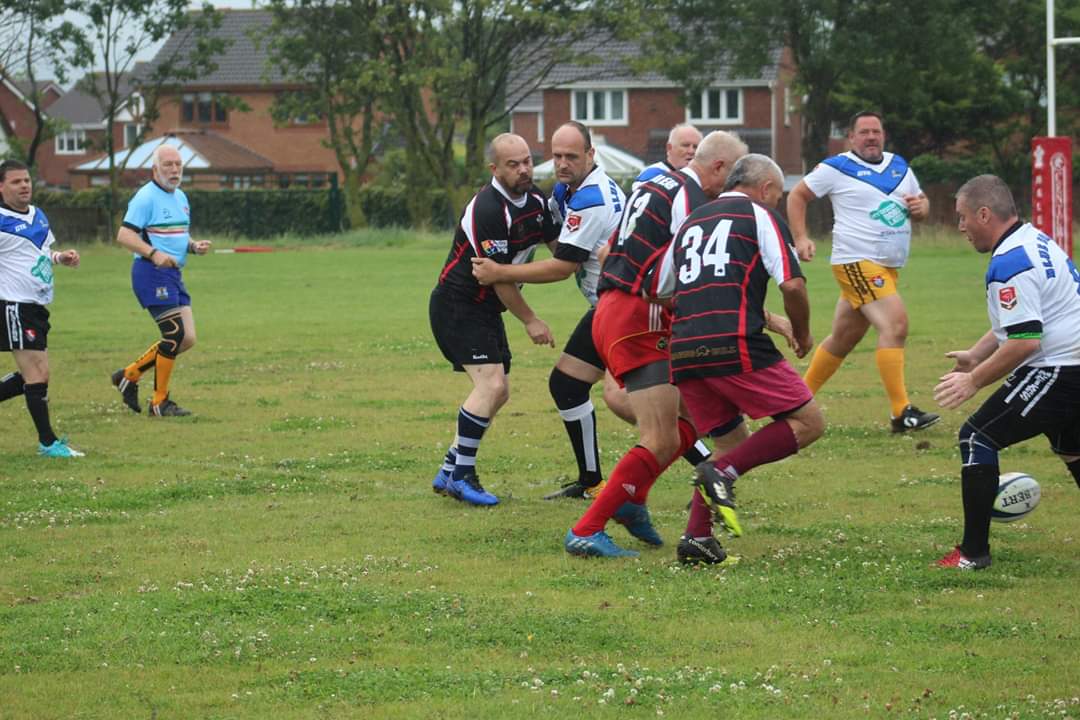 The Masters Rugby League mini festival in North Wales was a day of firsts.

It was the first time North Wales Buccaneers had held their now annual mini festival at Rhyl Rugby Club as their planned venue became unavailable at short notice.

Although Leyland Warriors Masters and Blackpool Masters were once again the invited visitors with many of their lads camping over for the weekend, it was the Masters of Cardiff Blue Dragons who were the newcomers, travelling up from the South. There were also several individual players who made the journey across including Kevin Ward from London Ed Murray from New Ravens Masters (Birmingham) and green shorter Ray Timson from Sunderland.

And there was yet another first as North Wales Rugby League representative, Brian Johnson, who came along just to support the festival and watch the games, was persuaded to get involved out on the pitch, playing for the first time in 29 years! Having said that he would only play for 5 minutes, he eventually played for 50! “I really enjoyed the day and the attitude of all the Masters players as they enjoyed their games.” 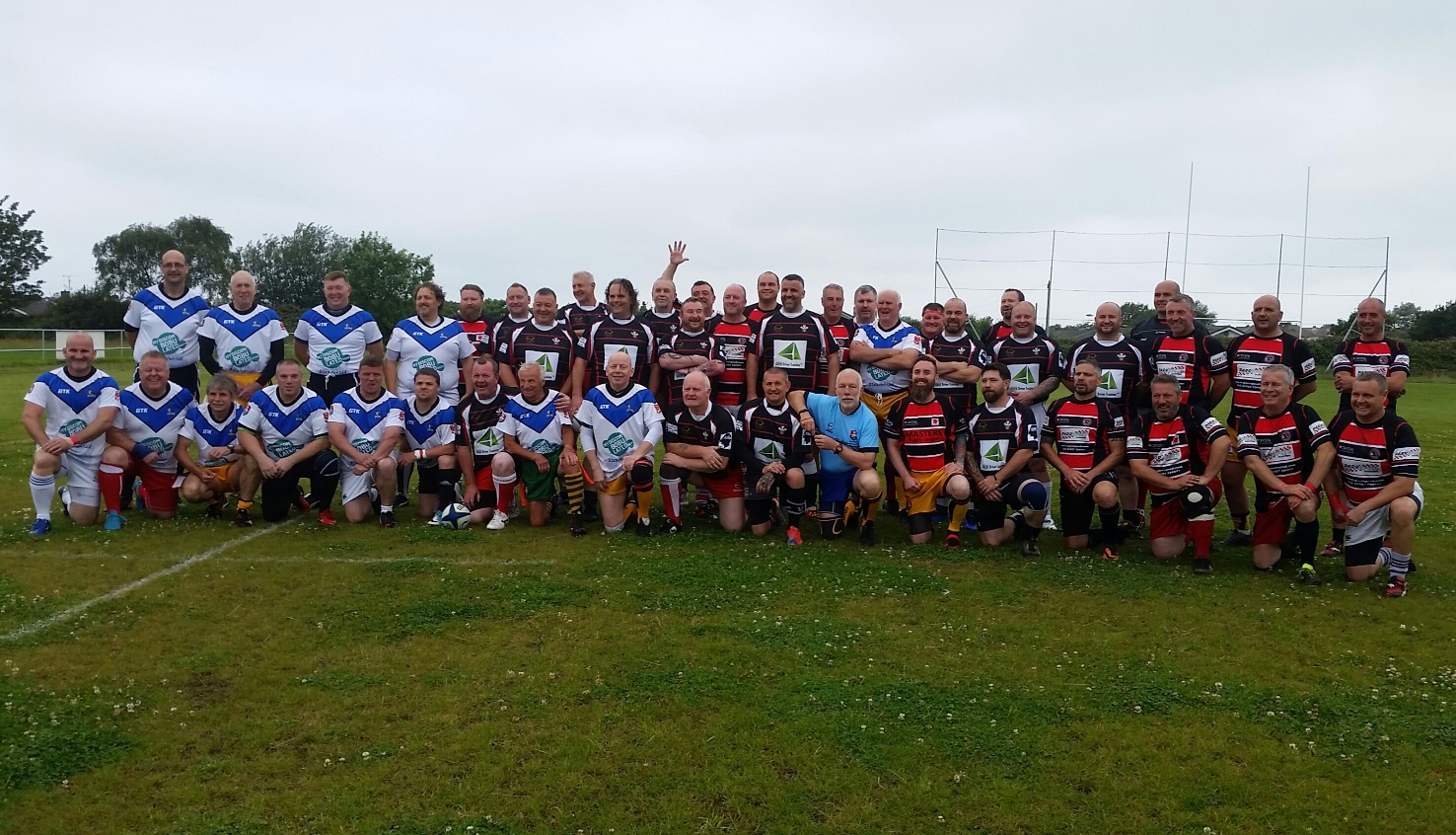 To cap a fantastic day of Masters Rugby League, the day also saw the very first Masters Rugby League game between two Welsh teams; North Wales Buccaneers and Cardiff Blue Dragons Masters. Both team organisers, Cardiff’s Chris Thomas, and Buccaneers’ Ryan Roberts were as one as they praised all the players and were both thrilled by the occasion.

Thomas said: “All the Cardiff boys thoroughly enjoyed themselves for their first venture up North. There was some fantastic Rugby played by all and all in the true spirit of Masters.”

Try of the day was definitely by Blackpool gold shorter, Wayne Bridges, guesting for Cardiff, who rounded the Leyland defensive line, drew the full back and somehow beat him to go in to score a superb try in the corner after an 80 yard run. A great way to finish the day!