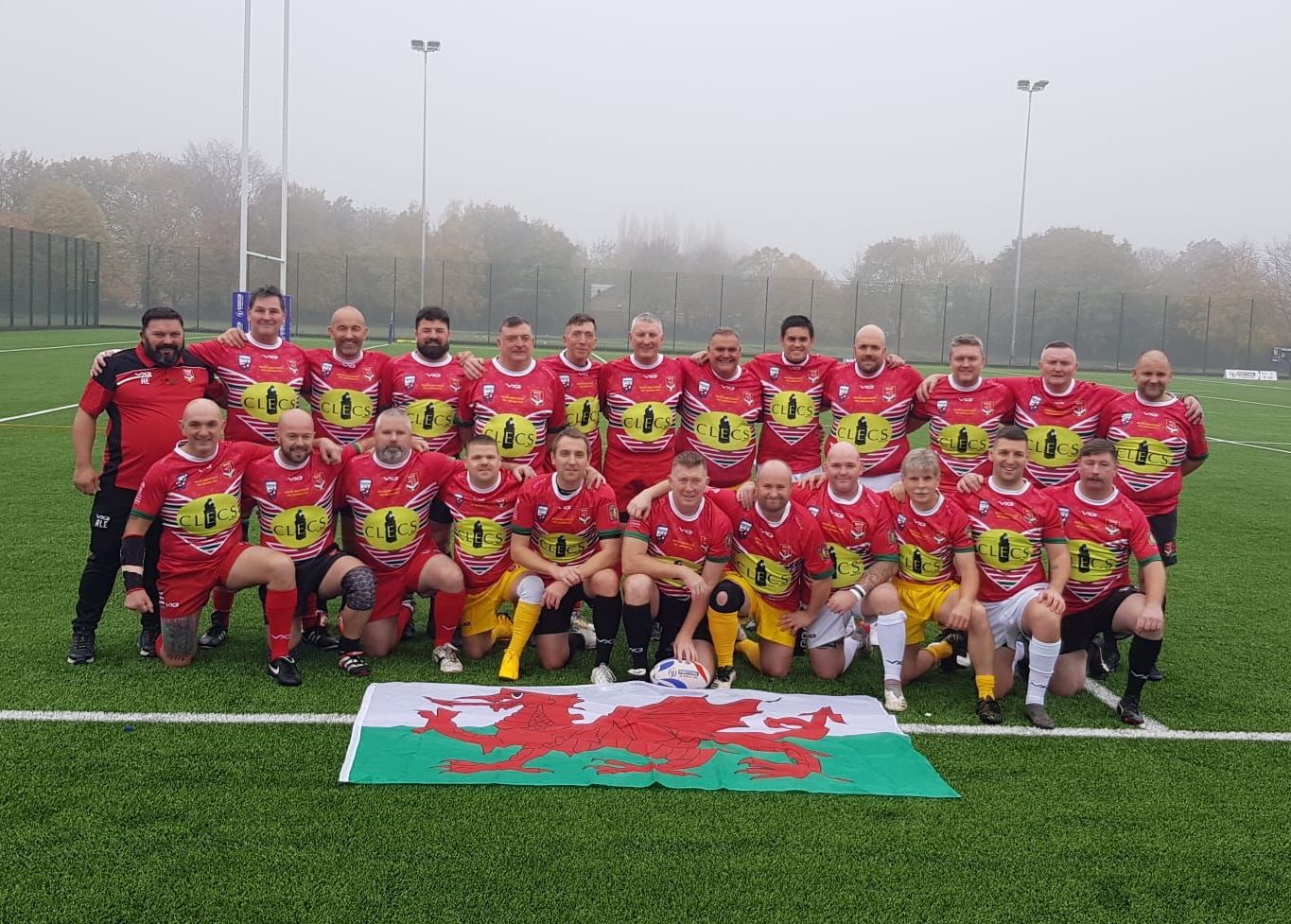 The weather might have been cool but the warmth of the Masters spirit together with the greetings and welcomes from friends new and old meant everyone enjoyed their day.

The teams lined up and the captains introduced to Festival and England team sponsor, Chris Cocks of Taylor’s Clematis. The national anthems from all six nations were sung with gusto by the teams. Before starting the first games, a representative from each nation and one from the referees stood together for the reading of the Anzac poem and a minute’s silence in memory of those who had fallen for their country.

The two first-class artificial pitches at St John’s University Sport Fields guaranteed the games would go ahead, also providing great surfaces for fast and fluent Masters. Let the fun begin. France, newcomers to international Masters Rugby League, watched with interest as England and Australia played the first game.  France in their first-ever game took on Canada and Saguer Mathieu was France’s first try scorer Canada were playing their second game having already been part of an exciting first game with Ireland.

In Masters Rugby League, every game finishes 0-0, but in Wales’ first match against Australia, that would have been the score in any game, as no-one went over the line.

The Welsh followed this with a fascinating game with Ireland where Andy Rees score our only try. Ireland also went over for a try, but the score was of course 0-0. 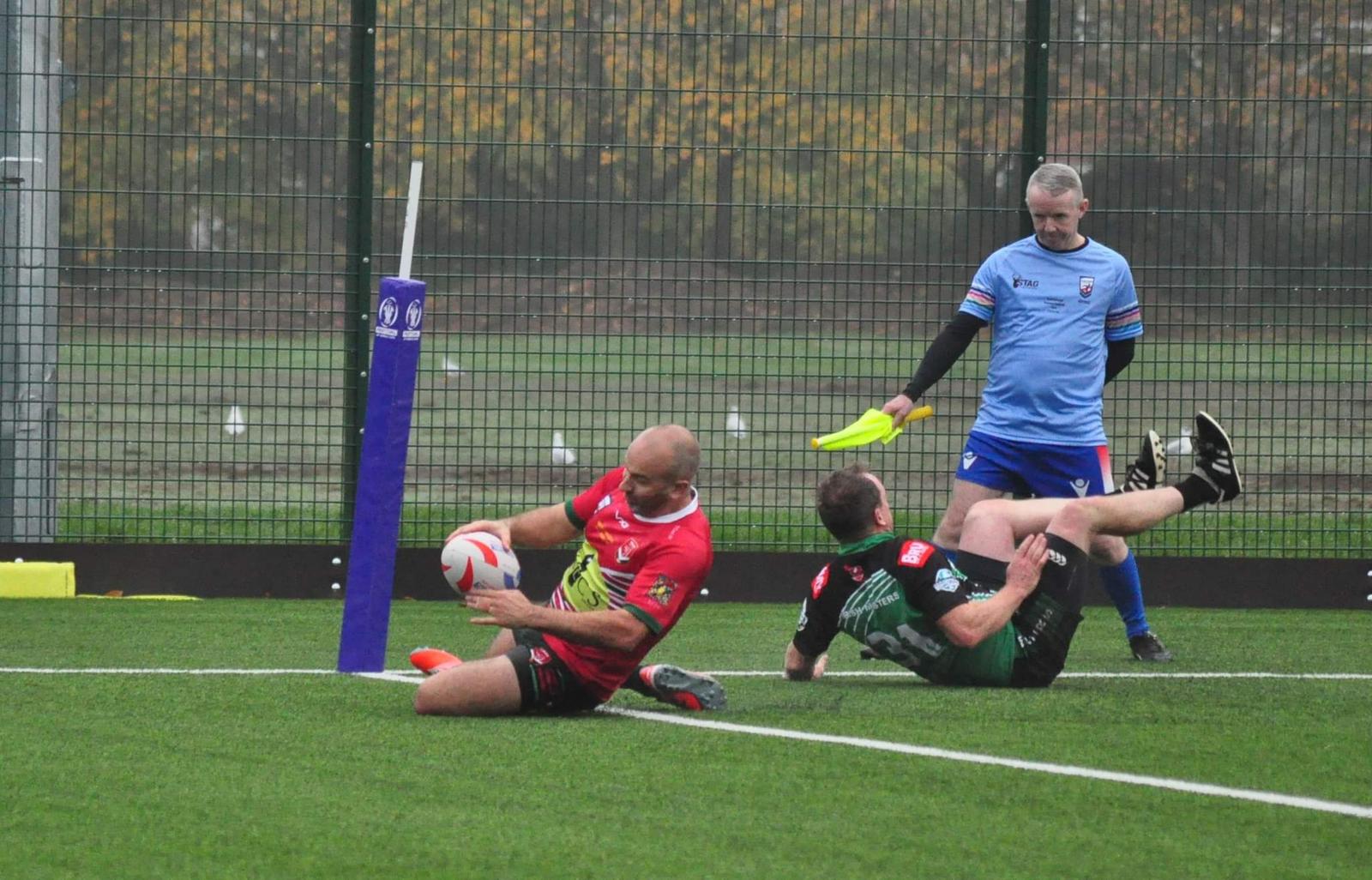 The final game of the day saw England take the new lads from France. France showed how to play some expansive rugby league and were certainly a match England. This game was expertly refereed by Samoan referee,  Iuri Ulale.

All the players and referees came back together for a final Masters circle producing the loudest cheer of the day and that was for Masters Rugby League.

The traditional presentation took place in the Sports Barn as the players tucked into the steaming hot pizzas and made a start on drinking the bar dry. Man of the Match awards for each country were presented by sponsor Chris from Taylor’s Clematis.

Masters of Rugby League Australia CEO, Malcolm Duncan made one of his legendary and passionate speeches with the presentation of awards to a player from each nation, to referees Kev Redmond and Terry Mellor for officiating at their games and to captains of England and Wales.

As is now tradition at Masters games and events, the socialising carried on late into the evening with players from all teams gathering in the centre of York for more social drinking and telling of tall stories.

Everyone was agreed it had been a memorable day and undertook to get everyone back together for the next RLWC Masters Festival in France in 2025.