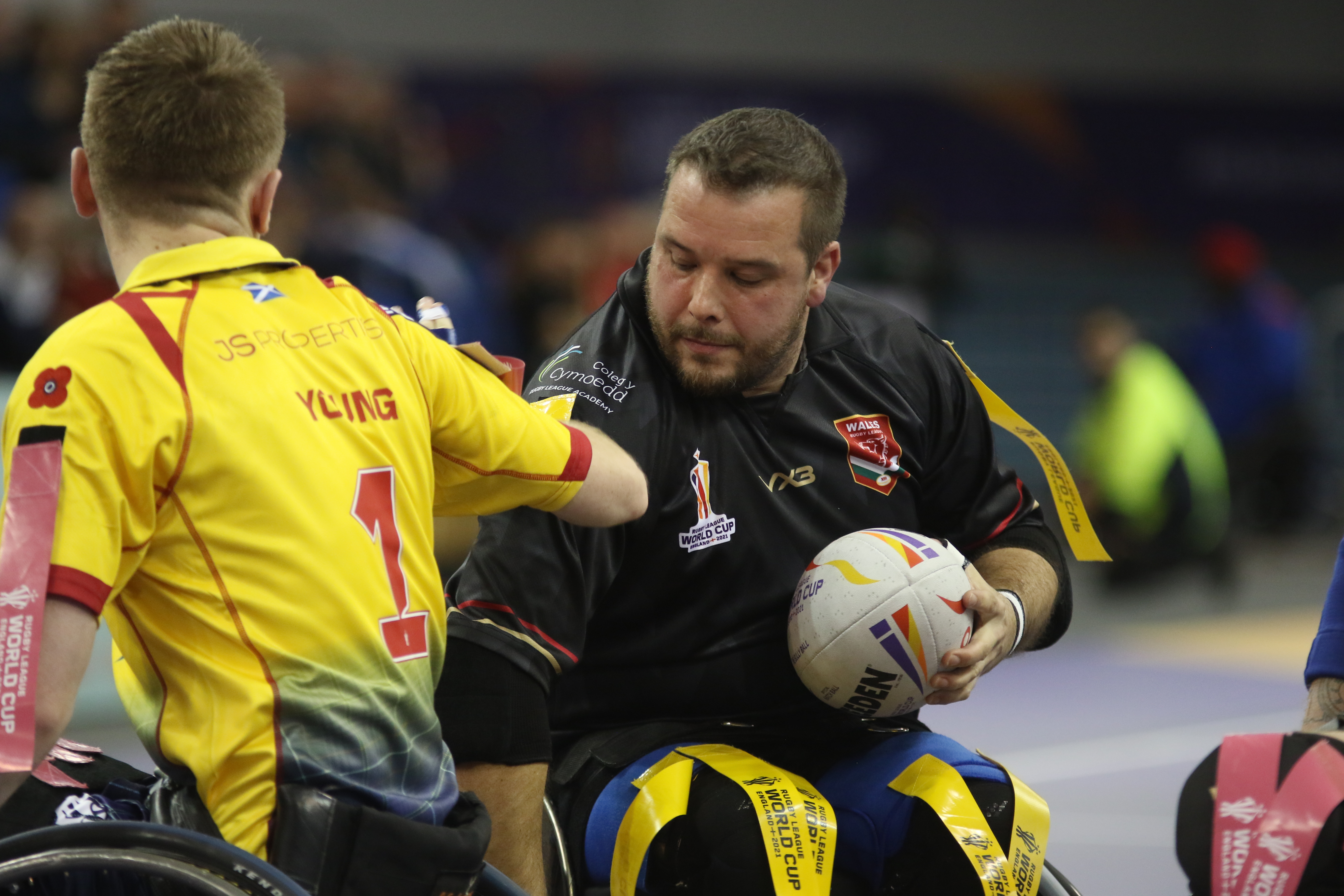 Mark Williams failed a head injury assessment at the end of the final group match against Scotland after suffering a knock in the final minutes of the game, so he is unable to play. Stephen Halsey comes in for him.

Wales will be looking to rewrite history on Sunday. Nobody apart from France has ever beaten England in Wheelchair Rugby League so the Welsh know that they’ll need to be on the top of their game to earn a place in the record books.

The match-up will also bring back memories of the classic 1995 men’s Rugby League World Cup semi-final where England met Wales at Old Trafford. England won on home soil that time, but Jones and his Wales squad are hoping to earn their place in history on Sunday.

“After losing to France in the first game, we knew we had to win the next two, and people back home have been behind us 100 per cent. We even received a lovely little video from a girls team in Wrexham, the Valkyries, wishing us luck in Welsh and English. So our win against Scotland and our progression in the tournament is about the people back home as well as for us.”

This Sunday’s match will be Wales Wheelchair’s 49th so will be looking for a historic 50th international should they get to the final. Alan Caron and Jodie Boyd-Ward will continue to extend the world record for Wheelchair caps by each winning their 42nd with Harry Jones just one behind. Wales captain Stuart Williams, who is Wales’ leading try-scorer with 62, will win his 30th Welsh cap.