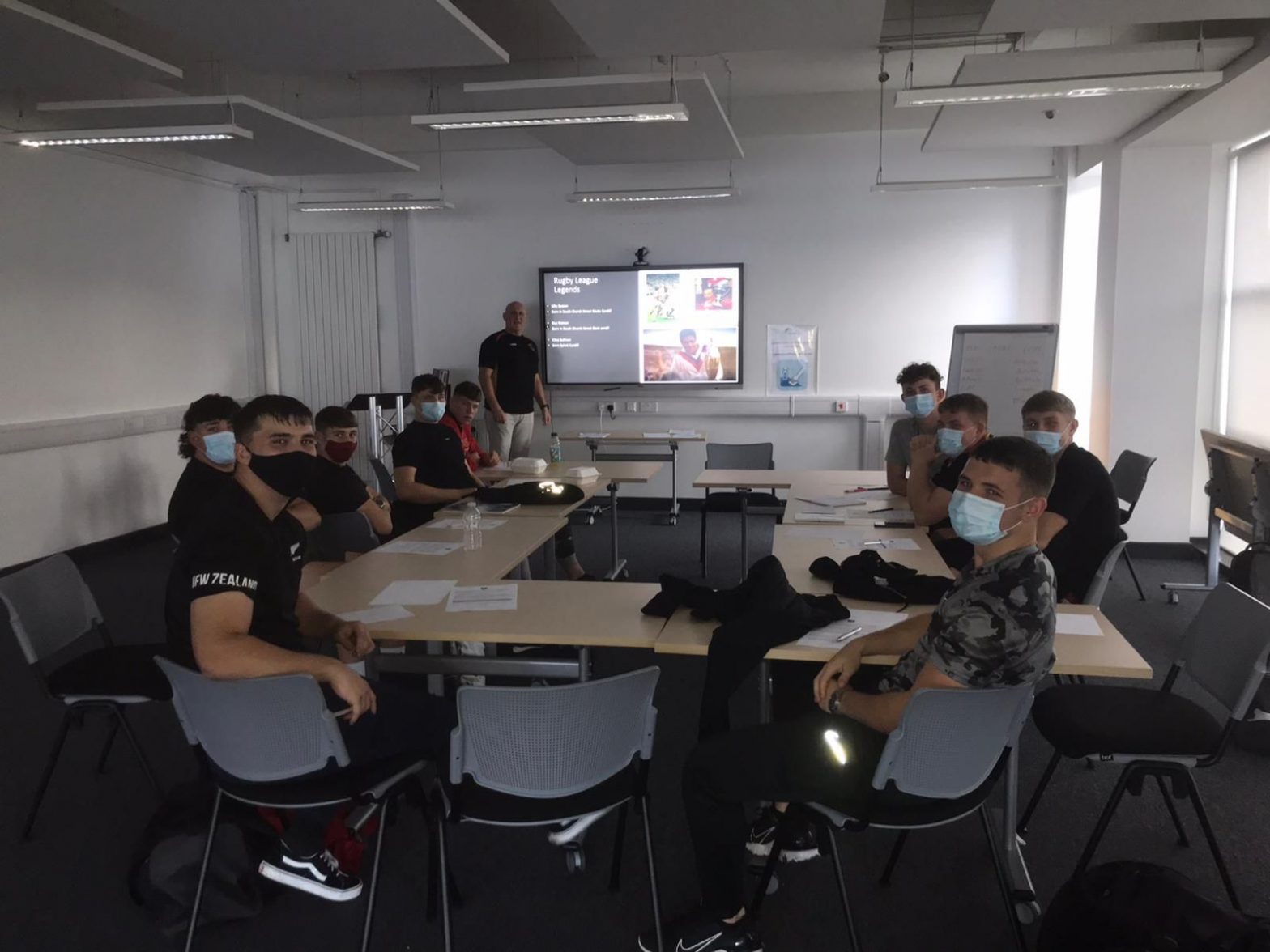 Wales Rugby League have continued to celebrate Black History Month by making a presentation about discrimination and racism in sport to their National Development Academy students at Coleg y Cymoedd.

Gareth Kear, the Wales Rugby League CEO and director of the One Team One Race project, which is fundraising to build a statue of Billy Boston, Clive Sullivan and Gus Risman in Cardiff Bay.

Boston and Sullivan were two of many top-class Welsh-born players who weren’t considered for the Welsh national rugby union side due to the colour of their skin and were forced to go north, where they went on to win many international honours in rugby league. 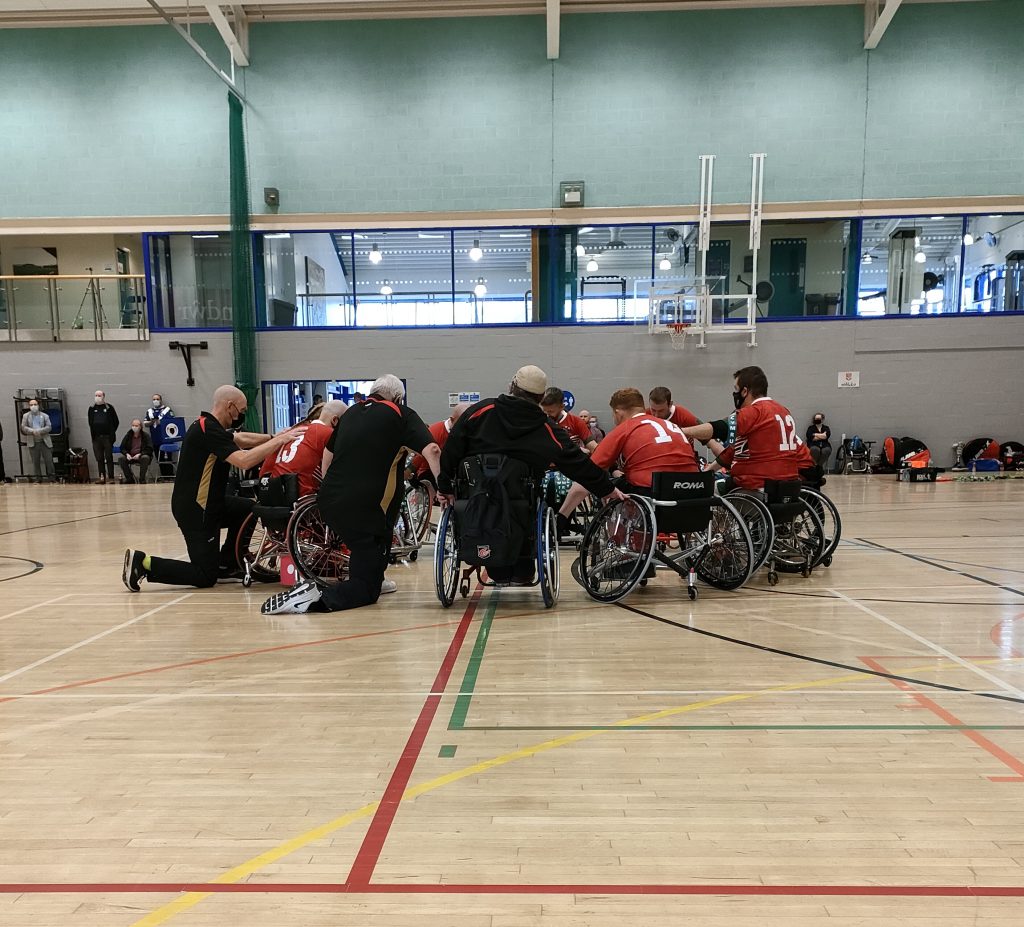 Both the Wales Wheelchair and Women’s side showed their respects to all forms of discrimination before last weekend’s internationals with 13 seconds silence, with the Wheelchair side’s coaching staff choosing to take the knee before their game.

Kear talked about all of this to the students: “As a sport, rugby league has been discriminated against since 1895, so the continuing fight against racism is close to our hearts. The challenges and achievements of our heroes, in particular our black rugby league players from Cardiff, is an important story we are proud to share. We all have the power to call out racism when we hear it and let people know where we stand.” 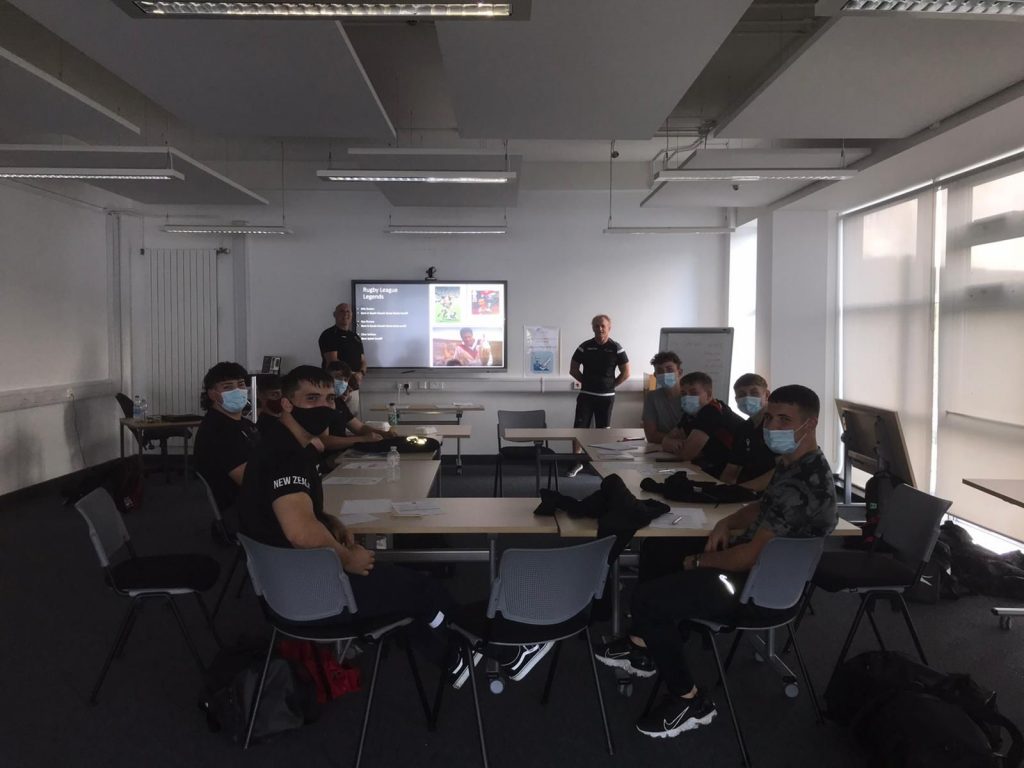 Mark Jones, who leads the course at Cymoedd and is also the National Development Manager at Wales Rugby League, said: “Coleg Y Cymoedd would like to thank WRL and Gareth Kear for educating our rugby league players on discrimination in sport. This ties in well with our college Black History Month project which will see us show the film Codebreakers in our theatre room in the next few weeks.”