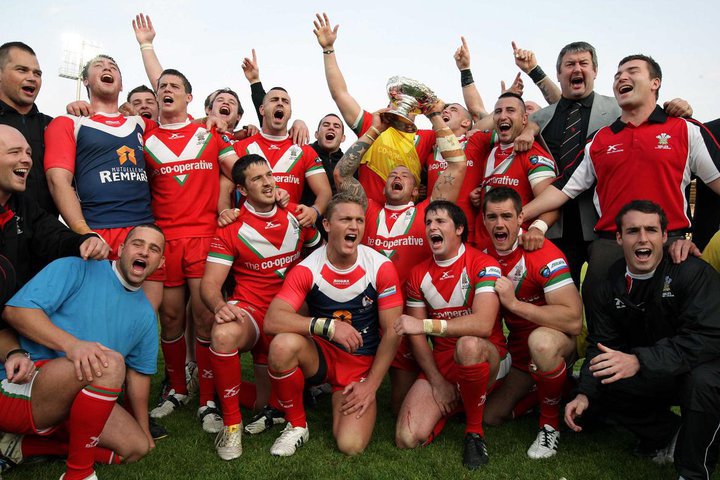 The decade is coming to an end and what an eventful decade it has been for Wales Rugby League.

So this week, from Tuesday to Saturday, four selections in chronological order, will be revealed along with an explanation from one of the Ians as to why. Here are the first four…

This was quite a year for rugby league in Wales. I think we peaked in that first year of the decade to be honest. South Wales Scorpions were formed in late 2009, won their first ever match, which was at home to Workington Town, won three more games in a row, and then eventually qualified for the play-offs. Anthony Seibold’s coach of the year award was the right choice. I was pleased to photograph all the home games and some away. Ian Lovell

Whilst these could have been two categories, for me the one success led onto the other. The 2010 Crusaders side, under Brian Noble, were outstanding. It was a memorable Friday night in Wrexham after they beat Hull KR to qualify for the play-offs and were unlucky to lose in week 1 at Huddersfield in front of thousands who travelled over the Pennines. Straight away it was onto the international season and France, with three home games, were everyone’s choice to win the European Championships and qualify for the 2011 Four Nations. However, Wales, with seven Crusaders players in Ben Flower, Gareth Thomas, Gil Dudson, Jordan James, Elliot Kear, Lloyd White and Lee Williams in the side, had other ideas. I was feeling sick with nerves in the press box in Albi in those last few minutes and when that final hooter went, I was the only happy person up there! What a result and what a season. Ian Golden

Not just an ordinary schools final, this was a game played completely by Welsh speakers. This match, between Ystalyfera and Cwm Rhymni, made a big impact in Wales being featured all round the Welsh media including S4C where they selected talented 14-year old twins Connor and Curtis Davies to interview following the game. Those two are now professionals with Halifax and full Wales internationals. Ian Golden

Both of us missed the deciding game, Mr Golden was getting married that day, and he even missed the other home game as he was away on his stag weekend in Germany. Sadly I couldn’t make that event, but I was able to photograph the Dragonhearts v Bravehearts game whilst his wife to be reported. It was an amazing effort from the Dragonhearts in what was a class side led by Gareth “Bomber” Howells and I was delighted to see him play again for the Dragonhearts this year. Ian Lovell