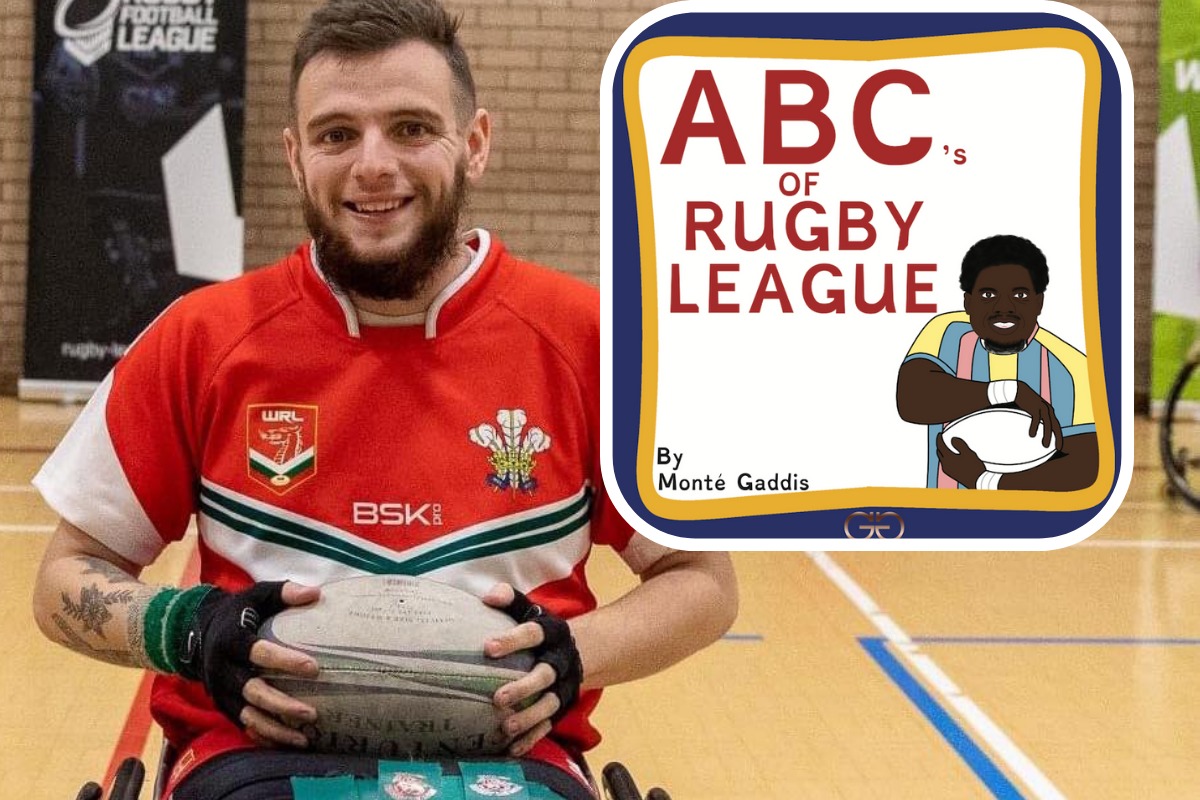 The 23-year old has already won 28 Welsh caps, scoring 27 tries, nine goals and three drop-goals. He heads the social media for Wales Wheelchair Rugby League, is a part of the all-round WRL media team and is in the instiagator behind the successful WRL “Watchalongs” that take place every other Thursday on Facebook.

But now he is delighted to have edited and illustrated “ABC’s on Rugby League” that is available to order now at booksellers like Amazon.

The book, which has been written by Monté Gaddis of Cleveland, Ohio, USA, is the first book that Jones has been involved in.

Jones said: “It’s kind of thanks to WRL CEO Gareth Kear that I got involved, because he had me create the new talent pathway graphic design for Wales Rugby League. Cleveland RL saw that and liked it, so they had me design some of their social media graphics, which then turned into me designing some cartoons, which in turn turned into Monté approaching me for the book.

“I helped with some of the written elements of the book, but I was given a lot of the creative control, so I designed all of the illustrations as well as the page design.

“This book is an A-Z of terms and phrases of Rugby League. For each letter, it will also include a selection of teams from all around the world – 85 clubs from 36 different countries. The book has a demographic of young children but can also be used to help those that have learning disabilities learn a bit more about the game.

“Monté and I have also been approached and asked if a club in Asia can use the book to teach all their open age players the terms and rules in English, so they can potentially send players into English speaking countries to help the game of Rugby League grow.”

Gaddis said: “This was the perfect opportunity to grow the game from the grassroots. Even adults can learn from this book, it reveals what countries play rugby League and also the terminology.

“I really think this will leave a legacy for the youth, not only in North America, but across the globe. I really want to grow the game but in ways that I know kids and people of my culture will catch on. Thanks Harry for making this possible for me and I appreciate all the support internationally.”