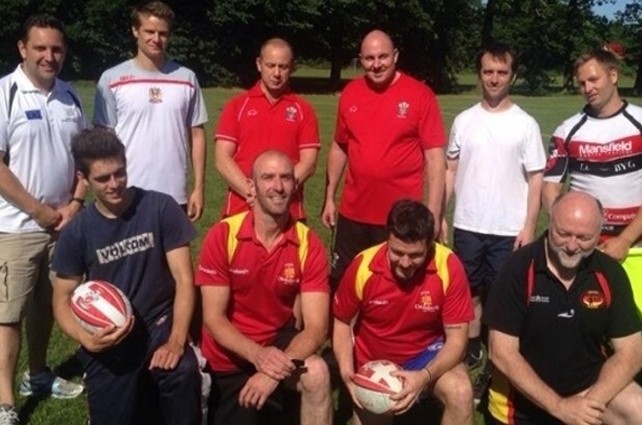 It was the first Rugby League European Federation activity for the Danmark Rugby League Forbund and was part of the joint RLEF-EC Leadership Devolution Project.

Curzon, the chairman of Wales Rugby League Match Officials Society said: “It was an absolute pleasure to be able to pass on my experience to people who are passionate about the game and want to expand it across Europe. They have reached a new level of confidence and knowledge which will allow them to take the next step and deliver courses in their own areas of responsibility.”

Kristina Landsperg, DRLF Vice-President, said: “We had an inspiring group of people. All of them had a strong vision and passion for the development of rugby league. It was a pleasure to share different views and methods and to gain technical expertise.”

RLEF match official development squad member David Butler oversaw the seminar. “It was a very productive three days with the group,” he commented. “The representatives were introduced to the Level 1 Match Officials course. The new tutors then delivered elements of the course to prospective referees from Denmark and Sweden and had to set some action plans ahead of reconvening in Germany for the second phase of the programme.”

DRLF match official tutor trainee, Allan Llobel, praised the course. “I got a great view on what an official goes through in a game and at the same time how fit you need to be – it really took my understanding of the game to another level.”

Rugby League Deutschland, which is in the process of re-structuring, sent Bob Doughton to the course. “It was also a wonderful opportunity to strengthen ties within our cluster and to learn more about our colleagues’ activities in Wales and Denmark,” he noted.