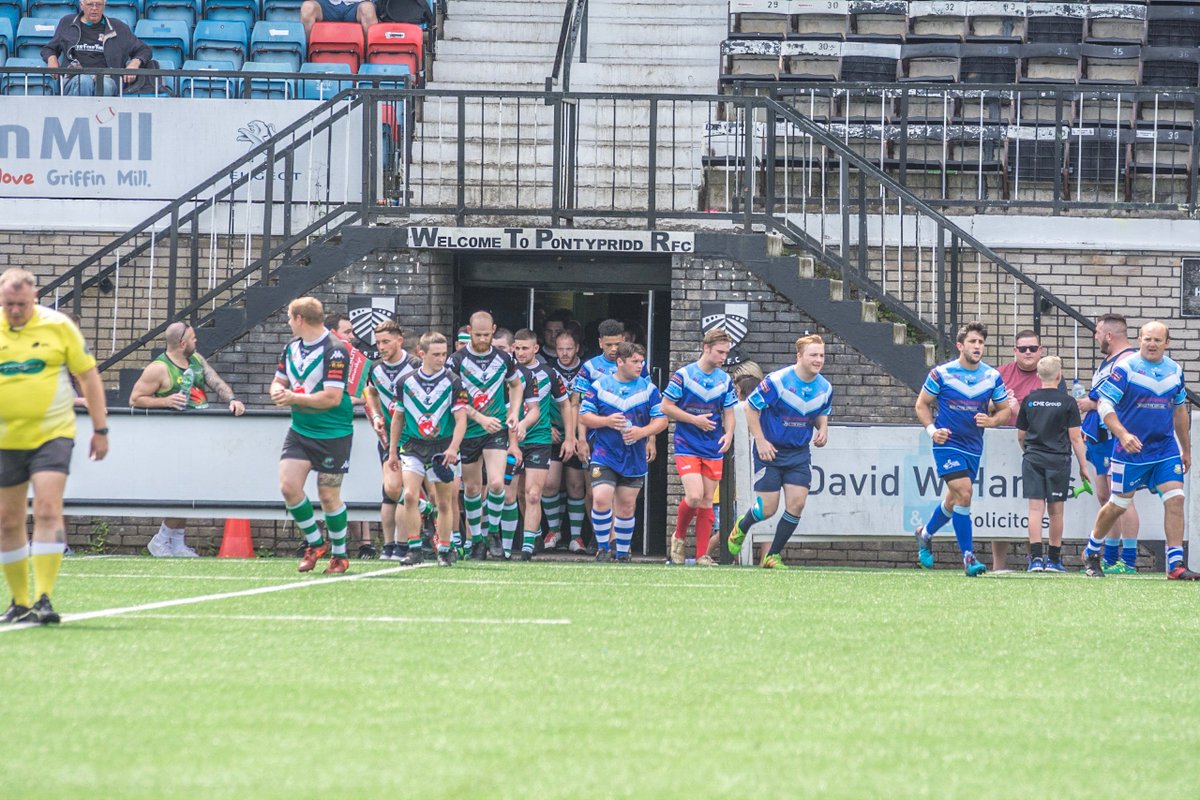 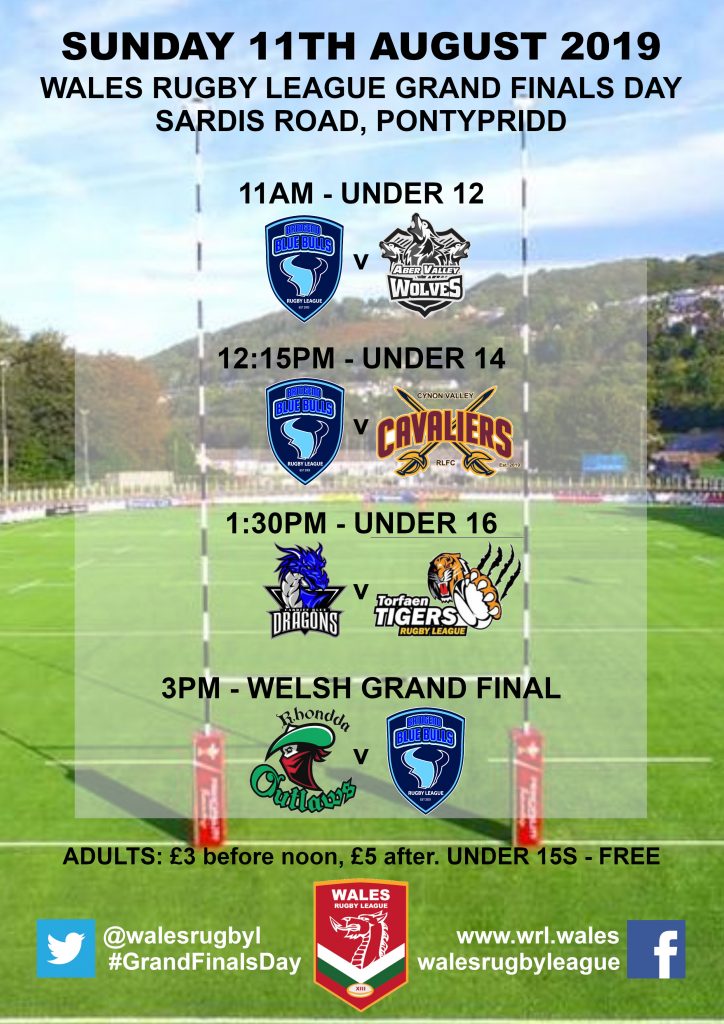 All four finals will take place at Pontypridd’s Sardis Road this Sunday 11th August between 11am and 5pm.

The main event – the 17th Welsh Grand Final, which kicks off at 3pm, will be between “home side” Rhondda Outlaws and nine-time champions Bridgend Blue Bulls.

The Bulls were the first to qualify after overcoming Torfaen Tigers 26-8 in Pyle on Friday evening. Stuart Robson led the way with a brace of tries with John Lloyd, Dale Wood and Gareth Howells, who kicked three conversions, also crossing. Matt Williams and Matt Jones replied for Torfaen.

The U12 final between Bridgend Blue Bulls and Aber Valley Wolves opens the day at 11am. Bridgend qualified for the final as league leaders but the Wolves had to get through a tough semi-final away at Torfaen Tigers on Sunday, winning 28-20. Iestyn Thomas and Kade Woodward both scored twice for the Wolves, with Ethan Paterson crossing once. Iestyn Ashman converted four times. Torfaen’s Sam Matthews scored all four of their tries with Aneurin Evans converting two of them.

At 12.15pm, it’s the U14 final between Bridgend and new boys Cynon Valley Cavaliers. Again the Bulls finished top so didn’t need a semi-final but the Cavaliers did well to win 24-12 away at Aber Valley Wolves. Evan Wood scored two tries for the Cavaliers with Jack Payne, Finley Shellard and Jake Lacey scoring one each. Dylan Lewis converted twice. Rhys Davies and Logan Yendle replied for Wolves with Harri Ford converting both.

Then at 1.30pm, Cardiff Blue Dragons face Torfaen Tigers. Cardiff, as league leaders qualified automatically with Torfaen seeing off Aber Valley Wolves 40-26 in their semi-final. John Dunckley and Harry Johnson each scored two tries for Torfaen with Ieuan Hancock, Louis Jenkins and Evan Bowden all crossing once. Billy Walkley scored a hat-trick of tries and conversions for the Wolves with Brad Toy and Owen Isaac also grounding.

Admission £3 before midday, £5 afterwards. All children U15 free of charge.