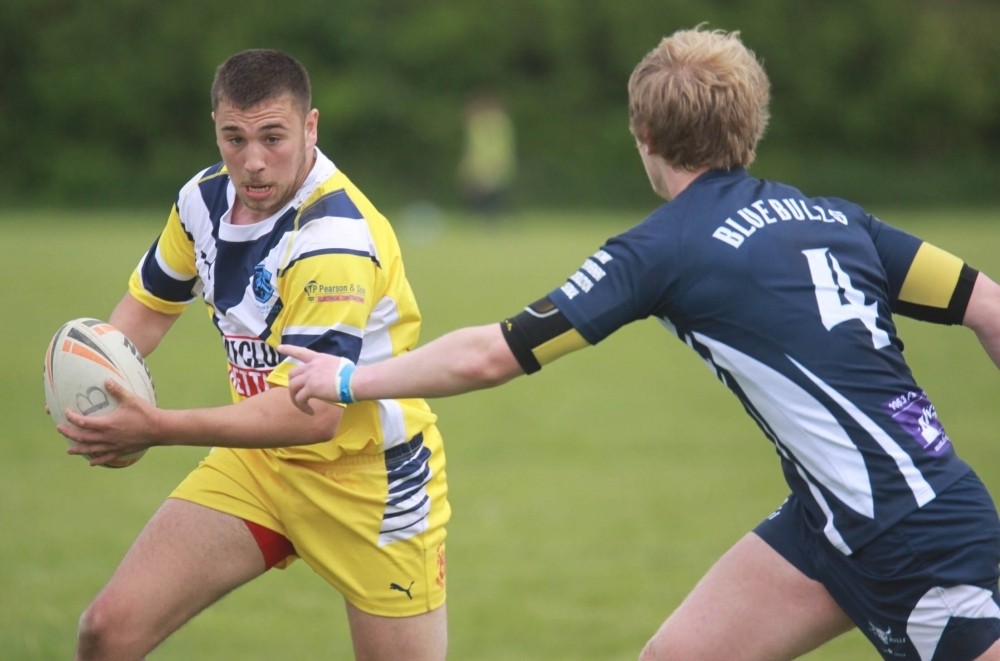 The vast majority of the Scorpions’ 53-man senior and under 20 squad are Welsh born with many coming through the WRL junior and community ranks (Liam Maule from Cardiff City RL is pictured above).

Evans says that lots are being done behind the scenes to continue the positive links between Wales Rugby League and South Wales Scorpions as both continue to develop players who will be qualified for the next and future World Cups.

“If we look at the Scorpions under 20 players for 2016, over 90% of those players have come from a WRL community club and there are a few in the first team too, demonstrating the strength of players we have here. It looks great for the future with the number of potential Wales international players growing all the time, and being in the system at a professional club is the only way to get yourself in line for a full international cap in the future.”

In addition to Wales’ two professional sides in South Wales Scorpions and North Wales Crusaders, three clubs – Valley Cougars, West Wales Raiders and Torfaen Tigers play in the community Conference South League along with five English club, while the domestic Welsh Conference League, won last year by Bridgend Blue Bulls is about to enter its 14th season. There is also a thriving Welsh youth league set up with under 13, 15 and 17 competitions planned for 2016 in addition to the Champion Schools competition that runs for those aged 11-18.

Evans adds: “Players are constantly being given a pathway for development in Wales, from our schools programme into our community club junior section and representative games, while the same goes for the seniors at their community clubs as they have an opportunity to represent Wales Dragonhearts.

“Other pathways we are looking at to develop players include the new Coleg Y Cymoedd BTEC Course who will be working closely with the Scorpions under 20s. Both are new programmes, set up in the last four to five months, and are fully supported and developed in conjunction with Wales Rugby League.

“It’s also a great feeling to see the progression we are seeing for the likes of coaches such as Phil Carleton, Bobby Andrews and Paul Emanuelli into the professional game and shows our commitment to developing coaches from the community game and into paid roles. Both Paul and Phil have been involved with the community game in Wales for some time and shown the technical ability, game knowledge and enthusiasm to become paid coaches supported by both the WRL and Scorpions.

“We are working very closely with all our community clubs to ensure that new coaches are being developed all the time. For example, with a Level 1 coaching course at the end of this month and another planned before the new season, as well as having just ran a very successful Level 2 course we are providing excellent opportunities.

“By producing new coaches, developing current coaches and providing senior coaching roles for our Origin programme, Wales Under 16s, 18s, Students and others, we are providing a pathway for coaches to develop their skills.”

Behind the Scenes, Semi Professional Clubs