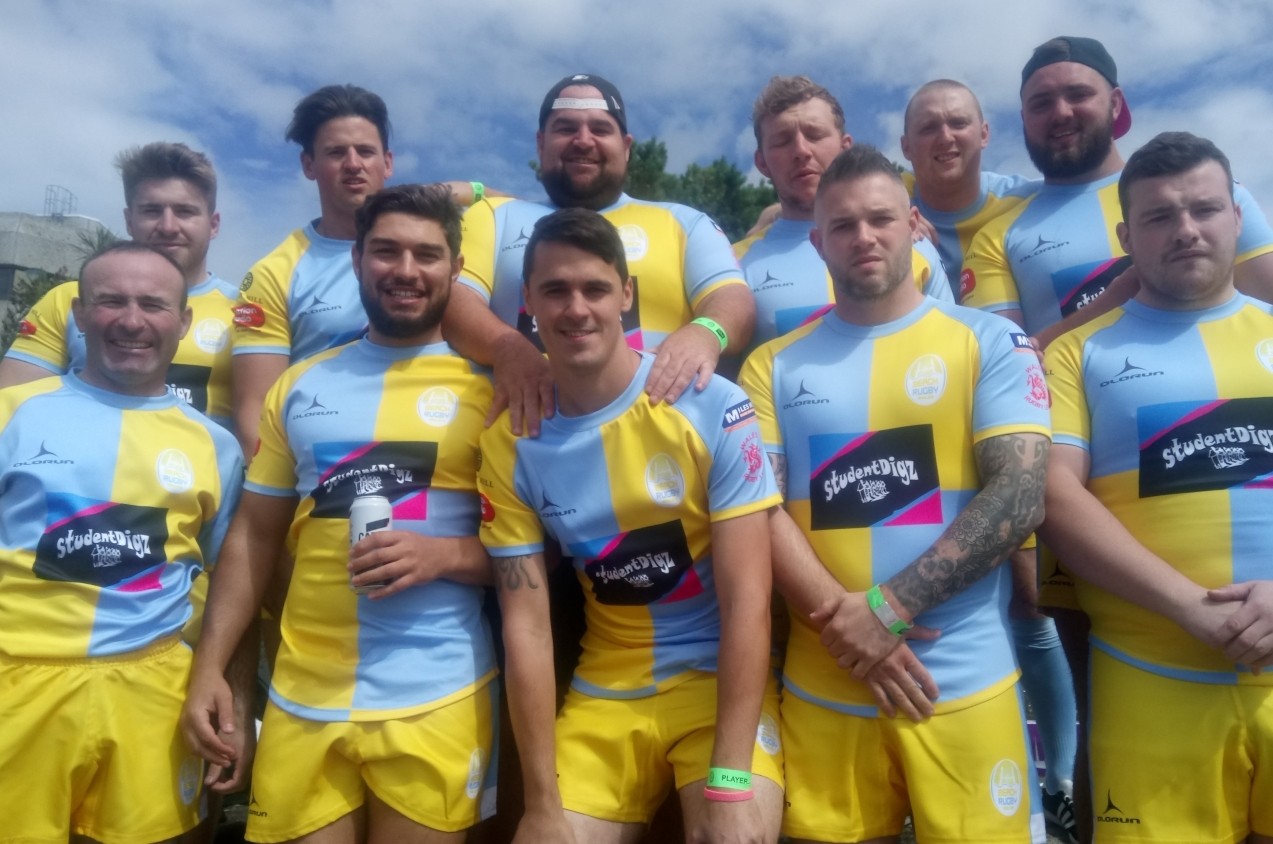 Beach Rugby Wales organisers are hoping that the partnership with Wales Rugby League will continue to flourish following a successful event in Student Digz sponsored event in Swansea this Saturday.

Valley Cougars represented WRL in the first year of the partnership and the Treharris-based side are keen to enter again in 2018 after reaching the semi-finals of this year’s competition.

The tournament rules are in the style of Touch Rugby League, with a set of six culminating in either a score or handover. Any knock-ons or infringements are simply punishable by a handover.

The scoring system is also a little different. There are no conversions and a regular try is worth one point with a golden try scored by running in through the posts worth two.

The Cougars opened their account with a 3-0 win over Ystrad Rhondda Roosters with Elgan Griffiths scoring both a regular and golden try. They went onto beat The Misfits 9-1 with Shane Lee and Keiron Price both scoring two tries each and Jamie Marsh running in one in the corner.

Playing The Roosters again in the quarter-finals, after their opponents qualified as being the best placed group runner up, the Cougars won a fiery encounter 1-0 thanks to a Griffiths try. The same player was on the scoresheet again in the semi-final where the Cougars lost to a good quality Ameanahs side 4-2, their opponents fielding former rugby union professionals Michael Owen and Garan Evans.

“It was an excellent day. In the 24 hours before the day, we had really bad downpours but we had faith in the big man upstairs and whilst He produced a bit of a shower, but the sun ended up shining and everyone had a great time.

“Valley Cougars did well in their first tournament. To get knocked out by last year’s finalists in a close game is a good result for their first time here.”