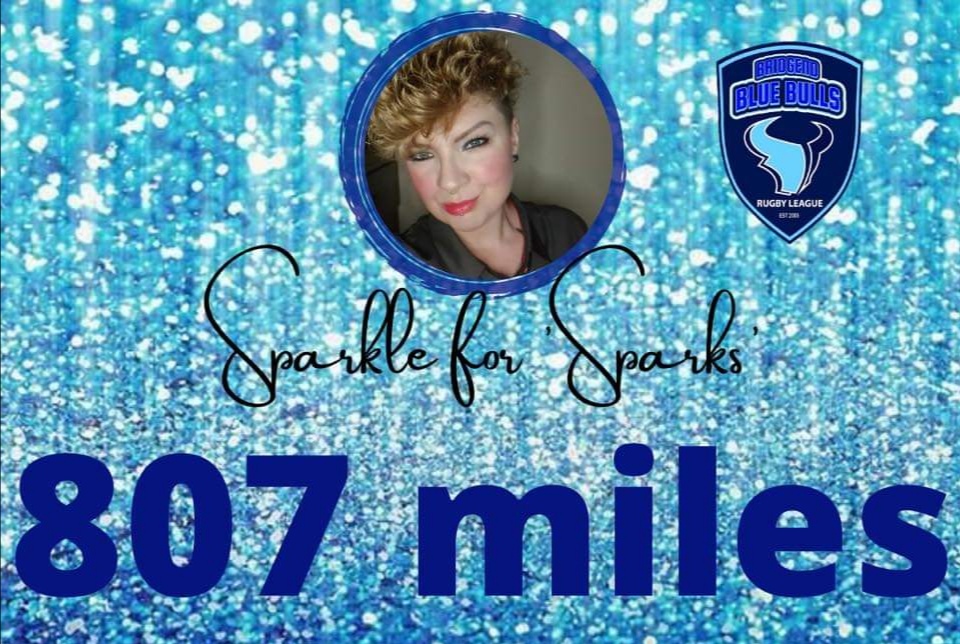 Bridgend Blue Bulls’ rugby league player Louise “Sparks” Telford has had to give up the game due to contracting an autoimmune condition called multifocal motor neuropathy. 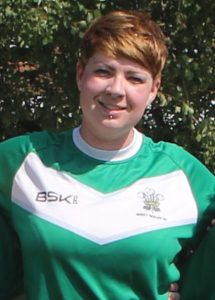 Sparks – her nickname is down to the sparks that her opponents saw after she tackled them on the rugby field – played in the very first open-age women’s rugby league match in Wales back in 2019 for Cardiff Blue Dragons and went on to represent West Wales. She transferred to Bridgend Blue Bulls in early 2020, describing the move as a better fit for her, after her rugby union team-mate at Porthcawl RFC became their team manager.

Now her Bridgend Blue Bulls team-mates have just completed a charity “at-home” challenge to reach a total of 760 miles in one week through running, walking or biking. This is the distance traveled by Sparks for her hospital visits so far. To give to this cause, please go to https://www.justgiving.com/crowdfunding/bridend-blue-bulls.

The 37-year old has had the condition for eight years, which was initially diagnosed with early onset parkinsonism, then Motor Neurone Disease, and it was only due to her determination to prove the doctors wrong did they re-investigate and re-diagnose. Unfortunately during this time a lot of muscle died and Sparks was in a wheelchair for just over a year between 2014 and 2015.

However it recently came to light that Sparks is in the early stages of kidney distress due to all of her treatments and will have to begin plasma exchange along with her chemotherapy from now on.

Due to this, she has to have IVig blood transfusions every three weeks and chemotherapy every six months, and has been informed that she needs to give up contact sports.

She trained with Bridgend’s first ever women’s rugby league side ahead of the 2020 season, which of course didn’t get underway due to the Covid-19 pandemic, so sadly didn’t play a competitive match for them.

Bridgend Blue Bulls chairman Stephen Smith said: “We as a team are gutted that Sparks won’t be on the field dominating, but will be taking up a new role within the club.

“We will be dividing the funds raised by our challenge between the Jill Rowe Ambulatory Clinic Morriston Hospital and Sparks herself to cover travel costs to and from the hospital. The Jill Rowe Unit plan on using the funds to go towards a specialist ultrasound machine to help find the specific veins needed for the plasma exchange.”

Sparks says: “I have been overwhelmed by people’s generosity and outpouring of kind comments. The fact people have been able to spare some money during such difficult times has humbled me.

“I have also felt very overwhelmed by the Bridgend Blue Bulls ladies, mens and juniors teams giving up their time to help. They have squeezed in so much activity during a week which has seen some biblical weather. Transferring to the Blue Bulls was the best sporting decision I’ve ever made.

“The effects of the IVig are like a bad hangover for four days. The effects of chemotherapy lasts for about two weeks, with the added pressure of having to stay in for about four to five weeks as I have no immune system at all.

“I still train as hard as I can to get more muscle. The effect on my body is like it has run a marathon at the end of the day as my body works 50 times harder than a fully fit person.

“What this means is that the nerves that feed the muscles are being attacked by my body – this causes immense daily pain and my muscles constantly twitch or facilitate.

“I hope, with some more physiotherapy, after plasma exchange begins, that I may start playing again. Currently my hands have atrophied beyond the point of tying my laces let alone catch a ball. I also have left foot drop so I walk and trip like a drunk, which is not conducive to playing.”

To give to Sparks’ cause, please go to https://www.justgiving.com/crowdfunding/bridend-blue-bulls