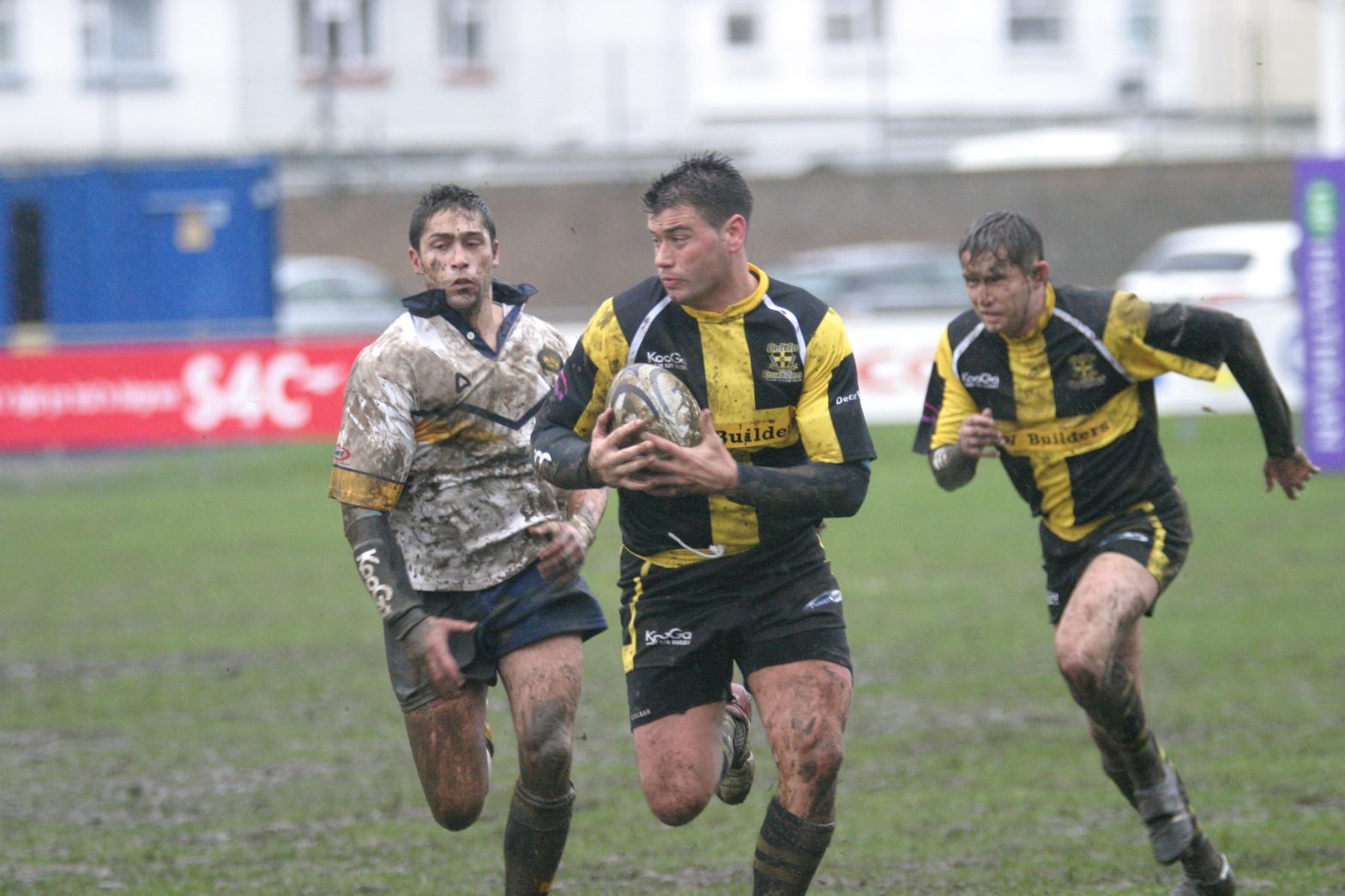 Former dual code Wales rugby international Lenny Woodard has been self-isolating after shown all the signs of contracting a strong dose of COVID-19.

He played rugby union for Wales on their 1998 tour to South Africa and Zimbabwe (turning out against Emerging Springboks and Gauteng Falcons) but didn’t ever win a test cap. He played for a multitude of rugby union sides including Cross Keys, Pontypool, Ebbw Vale, Aberavon, Bridgend, Pontypridd and London Welsh. Read a full list of his clubs at https://bit.ly/2Uku4K7.

He made a public statement on Facebook on Thursday 26th March, wanting it to be shared to improve everyone’s knowledge of this virus, saying: “Let me start by saying I was wrong. I’d done the maths, 5,000 out of a population of approximately 62 million was less than 0.1. I’d take those odds, I wouldn’t shake hands, regularly sanitise and do social distancing. I wouldn’t get it surely?

“Well here I am after three nights of aches 39.7 degrees body temperature and looking like I’ve been dug up, I finally called NHS last night, twice. The first time I didn’t have fever and then literally within hours I’d gone to 39.7 degrees and couldn’t get it down for hours.

“After having three call backs from increasingly higher graded staff and more specific questionnaires they’re pretty confident I have it, so am I!

“Okay, can I get tested just to confirm even though I KNOW in My heart of hearts I have it? No. So they are only testing hospital admissions for those who can’t breathe, I’m out of breath walking down stairs but I don’t warrant a hospital bed . They will call me in a couple of weeks’ time to test me post virus for antibodies. They are expecting this to come in waves.

“So what I’ve learned is the confirmed cases figures we are seeing in the media are massively skewed. I get it, we have a finite resource of beds and doctors and if I can manage the virus at home then that reduces the strain on the NHS, but please look at the figures on the media from the government play this down. They apparently stopped testing those with symptoms last week – too many people turning up with standard coughs and colds wanting testing due to hysteria. The ONLY tests in my area are hospital admissions for those who can’t breathe unaided, by breathing is impaired but not that level.

“This is NOT like a cold, on the other hand I don’t feel like I’m dying either, nowhere near. I’m not well, really not well. Granted if you put this into a compromised immune system or someone old or with underlying conditions yes I can see how this could be fatal. I’m none of those, I’m relatively healthy and I don’t smoke. The worst parts of it are the constant aching (this is day four), every single joint even my fingers are aching, annoying cough (day seven) reduced breathing capability (day two) , I’ve managed to get temperature down to 38.2 with paracetamol and lots of water but I feel freezing all the time. I’m also tired all the time, near exhausted since Monday 10pm and I’ve slept the vast majority of the time.

“I’m not often ill, last time was four years ago and I can’t remember the time before that, I normally try and sleep through illnesses but this is a different level, I’m knackered walking downstairs and it feels like the breaths I take in are only taking 60 percent of the air available which panics you a little bit.

“I’ll repeat myself, I feel really ill but I don’t feel like I’m dying, nowhere near.

“I’ve sweated all night so about to run a bath. That’s how it’s affected me, but what about others? My son has quite a bad cough following spending a weekend with me , I’m really worried as he’s six years’ old. I’m worried for my missus Amy and her kids, I’m worried for anyone I might have inadvertently passed it on to, who them might pass it on to someone vulnerable. I feel like I’m a burden on those around me and feel tremendously guilty . I’m going to spend my 44th birthday in isolation maybe.

“Amy is able to make me a little cake, knock on my room door and leave it outside, or bring it in with mask, gloves and sanitizer, as she has been doing to take my temperature on the hour every hour.

“Please minimise the need to go out, it’s here and it’s a lot more prevalent than we are led to believe. Confirmed cases are only the ones too weak to breathe at all on their own and then admitted to hospital. We will have a clearer picture when people like me are invited to be tested post virus which they said will be in two weeks.”

Everyone at Wales Rugby League wishes Lenny all the best in his recovery.