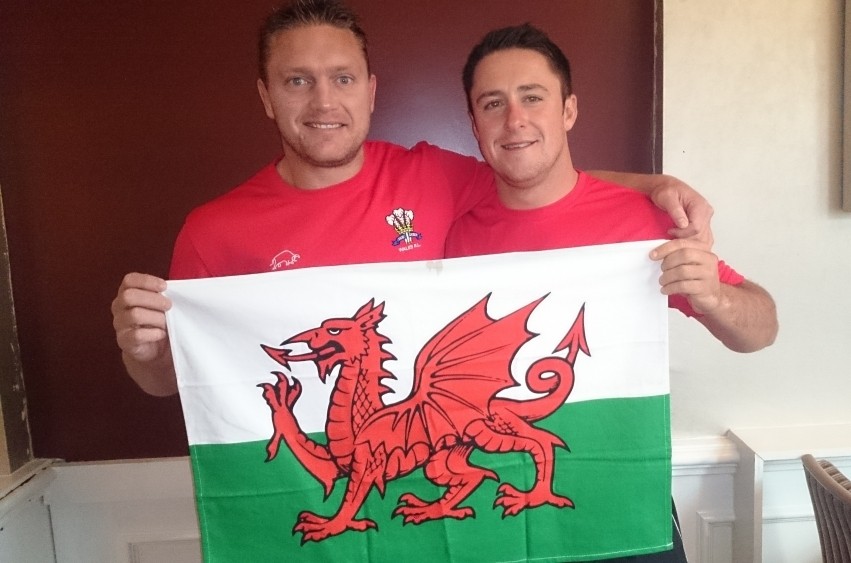 When South Wales Ironmen play their first competitive game this Sunday in the League 1 Cup they will equal a very special record – the most number of matches played by a professional rugby league club in South Wales.

The Merthyr-based Ironmen, rebranded from the Scorpions, run out against London Skolars this Sunday at their new home in what will be their 155th game, the same number as played by Ebbw Vale when they played in the 13-man code between 1907-12 before returning to rugby union. The Ironmen will surpass the Steelmen’s record a week later when they host Oxford in the Ladbrokes Challenge Cup.

Wales Rugby League CEO Chris Thair said: “Congratulations to everyone that has been involved with the club, they should be very proud. This milestone shows rugby league in Wales has never been upon more of a sustainable footing then it is now and it is one the sport should take great hope from.

“Professional Rugby League has now been played in Wales since 2006 and that is the same year the Welsh Sports Council, Sports Wales, officially recognised ourselves as the sport’s National Governing Body for the first time ever. So our fortunes have always been intertwined.

“Phil Davies, founder of the Ironmen or South Wales Scorpions as they were originally known, brought a great deal of passion and energy to club in its formative years. His personal investment of time, energy and money into the sport was there because he wanted to see young Welsh players given an opportunity in the professional game. Thankfully that is a legacy that is still in place today and because it is a club professional packed full of Welsh talent, it is one that is very much strategically linked to ourselves as the governing body.

“There are lots of very good people involved with the Ironmen in 2017 and therefore I know they will have a strong and healthy future ahead, breaking more records I’m sure. Everyone should make a special effort to see them play to see them play this year and help celebrate their longevity.”

With a strong contingent of Welsh players the Scorpions (now called the Ironmen) started with a bang, beating Workington Town in their inaugural league game and went onto reach the play-offs in their first season in 2010.

As a club the Ironmen have fielded 115 Welsh players over seven seasons from 2010-16 and out of those 38 were full Welsh internationals.

The Scorpions were primarily founded by businessman Phil Davies in late 2009 after the original Celtic Crusaders moved from Bridgend to Wrexham and it originally had a large board of directors, but through personal reasons, coupled with the death of the much loved director John Brennan, most pulled out by the end of 2013, leaving WRL in charge for two years before the current ownership of Marc Lovering and Neil Williams took over in late 2015.

Davies, now residing in Thailand, said: “Who would have thought that on a cold November evening in Blancos Hotel in Port Talbot when we first disused the formation of a new rugby league team to play in the south, it would still be alive and kicking in 2017.

“When the discussions first took place, the idea was to give Welsh kids the opportunity to play rugby league in the south. We knew we had the talent around we just needed to find them.

“To hear that more than 300 players have worn the jersey when you include the junior teams it makes me proud to be part of something that gives Welsh kids the opportunity, and long may it continue.

“At this point I would like to mention a few people who helped along the way – the late John Brennan, Mike Nicholas, John Devereux, Mark Rowley and Anthony Seibold – without them, it may never have started.

“All the best for the coming season and keep up the good work.”

One of the original directors Rob Buckley is delighted to see that the club is still alive and hopes it will continue to succeed under its new name.

“As the commercial director from day one it was always my intention to ensure the roots put down would grow,” he said. “It is an honour to see how the Scorpions, now Ironmen, have made such fantastic progress under new ownership.

“The South Wales Scorpions winning their first ever game, which was at home to Workington Town, has a special place and in the third season, I become the oldest ball boy on The Gnoll.

“Everyone who were involved during the early days from supporters to staff deserve a massive thank you. I wish the Ironmen all the best for the future and I that hope I will be able to attend a game sometime this season.”

South Wales Ironmen will equal the record of Ebbw Vale who played 155 first class games in the 13-man code from 1907-12. Cardiff City Blue Dragons played 136 games from 1981-85 and Merthyr Tydfil, who hosted the first ever professional rugby match in Wales, played 106 times between 1907-11. The old Celtic Crusaders played four seasons and 124 games in the South before moving North.