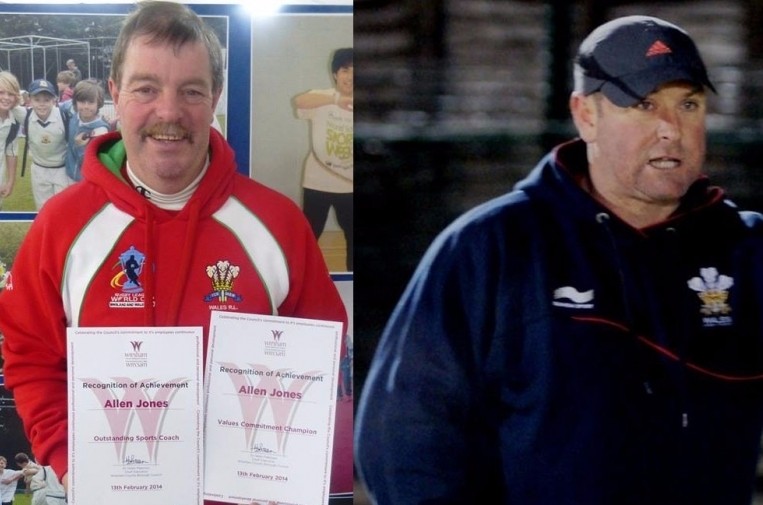 Wales Rugby League bosses have praised the legacy left by the former junior development managers Allen Jones and Jon Ellis who collectively engaged over 40,000 new people to play Rugby League in Wales during their time in office.

Schools, clubs and junior representative rugby have all developed under their stewardship and both were instrumental in their respective regions.

Allen Jones, ex WRL North Wales Development Officer was an award winning coach who was very influential in developing the game in the schools of North Wales, in particular Wrexham and Flintshire. Allen also brought in coaching experts from professional clubs to further develop the local club coaches and was a major contributor to North Wales Crusaders starting junior club teams in Wrexham.

Two players, Matt Davies and Blake Turner, from the system set up by Allen Jones have become first team members of the semi-professional North Wales Crusaders and more are expected to follow.

Jon Ellis, ex WRL Performance and Coaching Manager, has coached no fewer than 21 players who over the years made their full professional debuts for South Wales Scorpions, now known as Ironmen, with more expected to make their full Ironmen debut in 2017 after starring in a friendly against North Wales Crusaders in January, one of them being Lewys Willacott who scored the Ironmen’s only try in that game.

Some players that both Ellis and Jones have coached and developed have also trained with Super League clubs and played in their academy sides.

Ellis was also responsible for managing Wales’ age-grade international sides with arguably his biggest success was coaching a Wales under 19 side to bronze at the 2014 Commonwealth Games in Glasgow where rugby league was a demonstration sport. This event, which included interviews with Ellis, was shown on Premier Sports in the UK and in other countries around the world including Fox Sports in Australia.

Both have also been very enthusiastic in coaching Rugby League in schools with Ellis involved in Champion Schools work in south west Wales whilst Jones organised successful primary and secondary school tournaments in the north, linking in with North Wales Crusaders and successfully cross-promoting both brands.

Chris Thair Wales Rugby League CEO said “Both Allen and Jon are very good coaches, coach educators and people who have a tremendous passion for the sport and their region. We thank them both for their time and considerable skill in helping move the sport forward these last few years.

“Both have given great service to Rugby League in Wales and leave a strong legacy from which the sport can continue to build from. We wish them well for the future”.