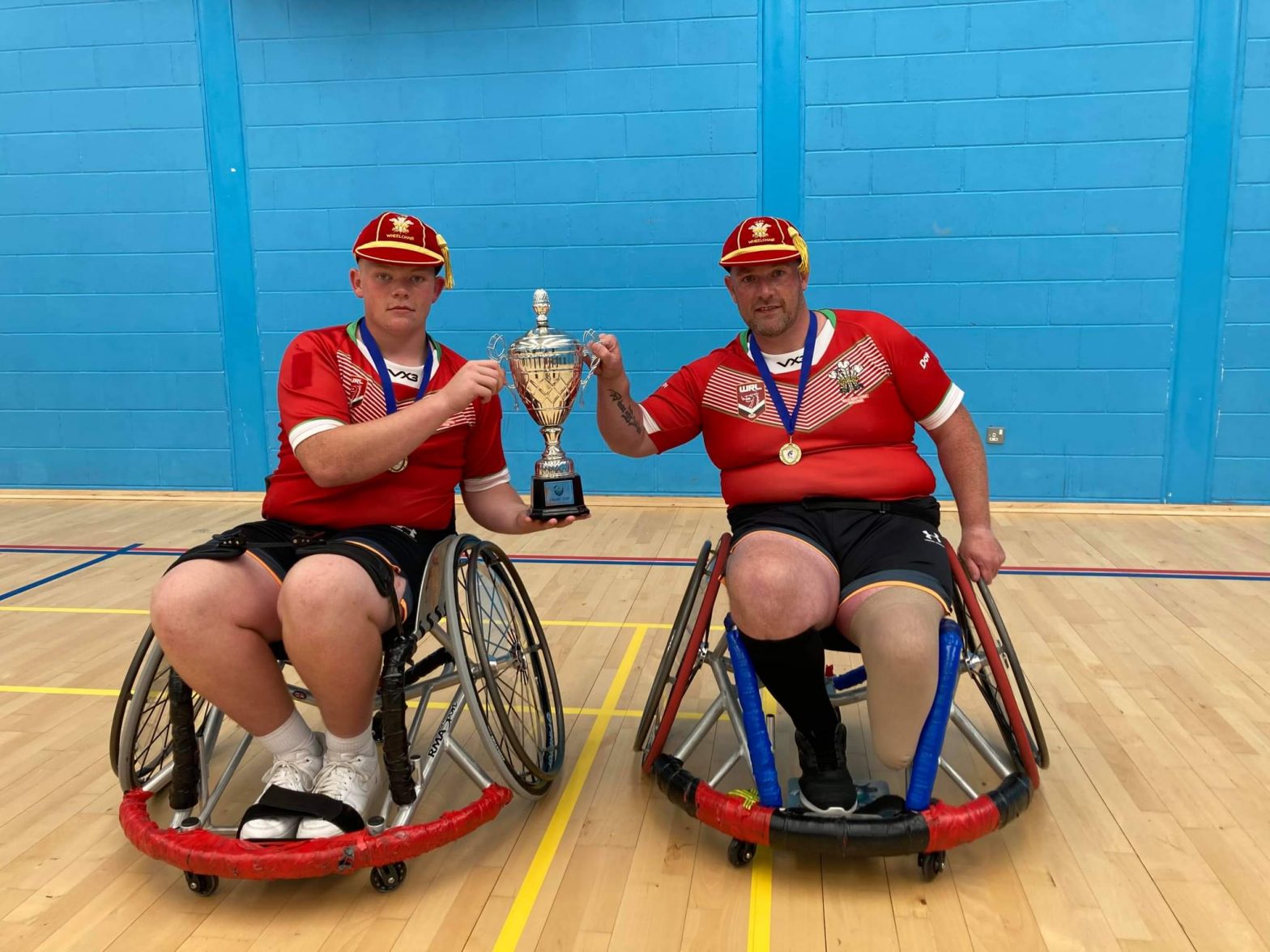 By Barry Andrews in Edinburgh

Jason and Jamie Reynolds from Tredegar made history on Saturday after becoming the first ever father and son to appear in the same Wales international rugby league side.

Jason, 39 and Jamie, 15, starred for the Wales Wheelchair side as they beat Ireland 96-16 and Scotland 102-18 in Edinburgh. The matches were played back to back in the space of four hours, making the victories even more remarkable.

He said: “I enjoyed both games. I was a bit nervous for the first game but I really enjoyed the second. It felt so good to score on my debut day. we had one game before this tournament and that was for my club West Wales Raiders. Going into the Wales games after playing just once, I was nervous, but I think I played reasonably well, and then to score in only my third game felt amazing.

“Its a surreal thing to play alongside my father considering he had quit rugby a long time before I started, so we never thought we would get to play in the same team. To play alongside him is amazing, never mind playing for Wales together on two different occasions – it’s brilliant.”

Jason, who played rugby union for Tredegar Ironsides and Trefil before a horrific accident five years ago, when a freak accident transporting goods during his job as an HGV driver caused three tonnes of steel to fall on the back of his legs. Now, after having his left leg amputated, he can’t believe he’s had a second chance to play sport, let alone represent his country.

“It’s brilliant to be honest, I didn’t think I would get here after having my accident. To play with my son as well is unbelievable.

“Following my accident, we were fortunate to be able to start playing wheelchair rugby. We did the sevens with Ebbw Vale before getting into rugby league but it is special to represent my country and get to play alongside my son.”

Wales take on England in a friendly match on Saturday June 26 in Sheffield, a match that can be seen live on the BBC iPlayer, before taking part in this year’s Wheelchair Rugby League World Cup in the autumn.

“Now our goal is to make the World Cup squad,”  Jason adds. “That’s what we’re aiming for and hopefully we’ll get there.”