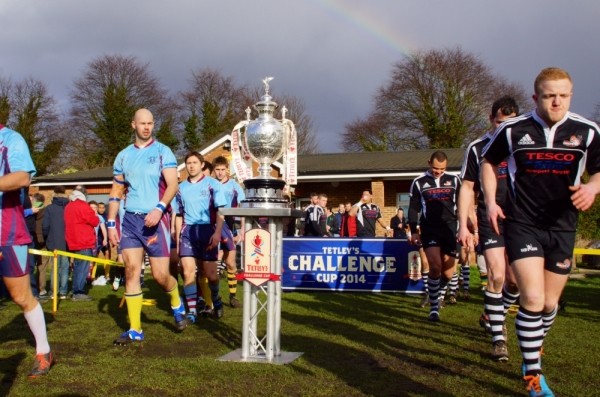 Torfaen Tigers went out of the Tetley’s Challenge Cup in the first round after going down 12-6 away at London Conference champions South West London Chargers on Saturday afternoon.

The scoreline reflected the game, it was a tough defensive encounter throughout

Tigers’ Mike Edwards was the first half star and was unlucky not to get on the scoresheet a couple of time in the first 20 minutes, playing well and breaking the game line every time he had the ball.

Handling errors on both sides saw the ball change sides several times in that period with Tigers defending well on their line, something that was to be the story of the game.

It took 24 minutes for the deadlock to be broken when Terence Puna went through in the corner for an unconverted try for the home side.

The Londoners continued to attack but it was a fantastic defensive effort from Torfaen to keep the score at 4-0 at the break, especially when the penalty count was so much in the home side’s favour.

Neither side could break through in the second half until again just after the hour mark, and the try came to the Chargers – a well worked score finished by Paul Wojciechowicz which was converted by Adam Tran took the score to 10-0.

Tran added a penalty not long after that to make the score 12-0 but Tigers had the final say with just seconds remaining on the clock when newcomer Gareth Roberts went over the whitewash. Luke Brown converted but it was too little too late and the Tigers were defeated but by no means outclassed in a very close encounter.