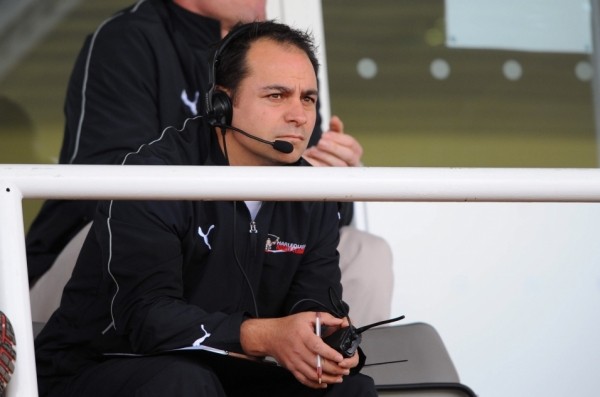 The New Zealand born 41-year old now resides in Colwyn Bay and will work in this post alongside his role at Raging Bull Sportswear, Wales Rugby League’s official kit suppliers.

A New Zealand Maori international, Tawhai turned out for Northcote, North Harbour and Auckland in his native country before moving to England and playing for Keighley Cougars, Doncaster, Rochdale Hornets, Hull Kingston Rovers and Hunslet Hawks.

He will take a first look at his potential squad at the open trial this Sunday at Cardiff Arms Park.

Tawhai said: “I’ve watched a lot of Wales Rugby League over the past couple of years through my job with Raging Bull Sportswear so I’ve had a decent insight to the student programme. I’ve managed to keep up with my own coaching development in the meantime and I’m genuinely looking forward to the role.

“Wales Students have had a pretty good record in recent times and whilst we’ll certainly face some tough challenges from the other home nations we’ll be aiming to repeat the success that Clive had with the team at the last home nations tournament.

“I’m really excited about getting together with the group – I’ve already seen some handy players on the list which is promising. We’ve got a trial this weekend which will take a slightly different format to the norm but with a bit of luck allow the players to put their best foot forward.”

Tawhai adds: “There are some good young coaches coming through in Wales and by all accounts we’ve got a couple on the staff again this year in Phil and Matt which will be great for the team. I’m sure they’ll make some valuable contributions to the programme and hopefully I can help them continue with their own development as well.”

Cuss, 25, is currently a community sports coach in London and assistant to Joe Mbu at London Skolars. He has previously coached East Devon Eagles RLFC as well as playing for and coaching Exeter University RL. He has also played county Rugby League for Devon and captained Plymouth Titans to a South West Cup Final win in 2011.

“The chance to get involved in Rugby League back in my home country was something that I really liked the look of,” Cuss said. “I played Rugby League at Exeter University for four years and then spent two years coaching them so feel I have a good knowledge of the student game and how it works. I have always been impressed by the standard of players that are around the University circuit, and it’s an exciting chance to be involved at the top level of the student game. It’s a huge honour to be involved with Welsh Rugby League again.

“Looking at the initial trialists we’ve had, there are a core number from last year’s World Cup group and some recognizable names, so it’s a really exciting bunch of young men. As a coaching team we’ll be looking to create a positive environment. If we do this, and the players buy into our systems and style of play then we’ll create a student team that Wales can be proud of.”

Carleton, 29, also has extensive involvement in the Student game having played for UWIC (now Cardiff Met) and becoming a Wales Student international, representing them in the World Cup in Australia in 2005. He also represented Great Britain Students. Professionally he has played for Gateshead Thunder as well as the Scorpions.

“Having coached UWIC for two years and Cardiff Demons for one season, I’ve had a taste of coaching and really enjoyed my time doing so,” Carleton said. “I see this as a step up in quality and therefore challenge to my coaching skills. Knowing that I am working with two experienced senior coaches from which I can learn is obviously a great lure too.

“This is where my career in Rugby League started and it was the only pathway at the time. But it proves it can work because as a result I have been fortunate enough to play professional rugby and I’d like to hopefully pass the knowledge and experience that I have learned, back on to this year’s team.

“Although the Student Four Nations is very serious and competitive I remember those times as some of the best I’ve had in rugby and hopefully, which I’m sure it hasn’t, that atmosphere won’t have changed.”

Wales Rugby League would like to thank outgoing coach Clive Griffiths for all of his hard work with the Wales Students side over the past six seasons and wishes him all the best for the future, especially with North Wales Crusaders’ forthcoming Kingstone Press Championship season.

Behind the Scenes, Students