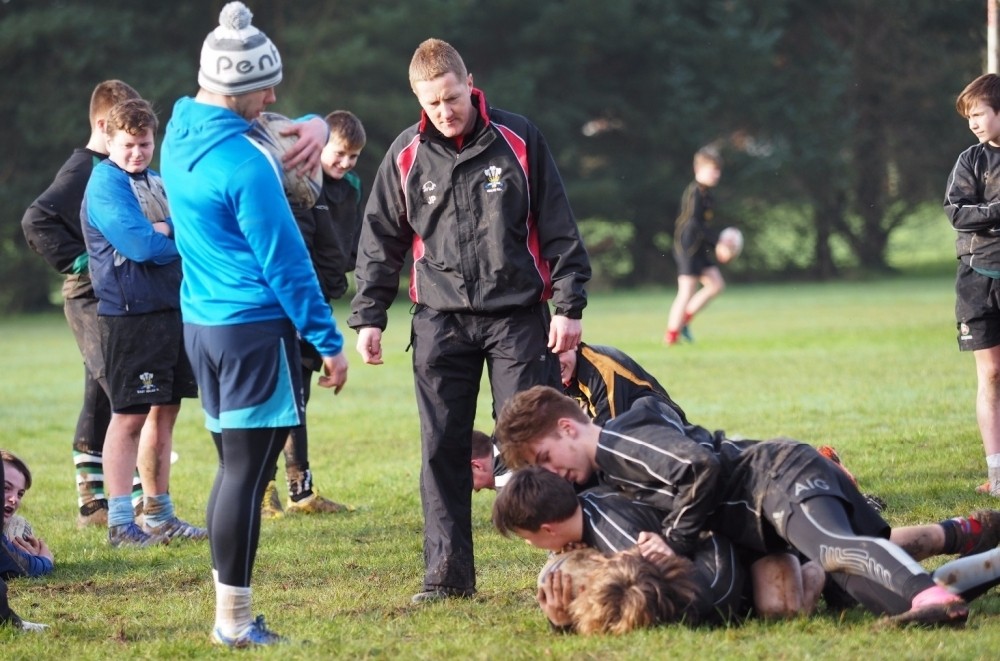 Wales Rugby League have achieved two major awards as they continue to build and improve the organisation.

The national governing body has been awarded the Level 3 Safeguarding Standard, as well as being awarded the highest grading in the Sport Wales Self Assurance process for the fourth year in a row.

The Safeguarding Standard was awarded jointly by Sport Wales and the NSPCC’s Child Protection in Sport Unit. In gaining the Level 3 Standard, Wales Rugby League successfully presented to the panel and submitted evidence relating to 30 separate safeguarding criteria.

National Development Manager Idris Evans is delighted that the two organisations have rubber stamped the work undertaken over the last 12 months to improve safety within Rugby League in Wales.

He said: “We have worked very hard over the last 12 to 18 months to get where we are now – writing new and re-writing old policies, up-skilling staff and volunteers and sharing information with clubs so that children and young people can feel safe playing the sport of Rugby League in Wales.

“We have had some great support from our team of safeguarding volunteers across Wales in Martin Roddy, Mark Jones and Mark Parry as well as the support from the Board through Chris Thair.

“To date, we are one of only a handful of sports in Wales to pass the Level 3 Standards and are ensuring we provide an environment where young players can feel safe, protected and listened to. It’s about having the right resources in place to make people feel safe, but also being able to have procedures and practices ready if things do go wrong.

“We’d also like to thank the NSPCC and Sport Wales for their support in gaining this standard.”

Anne Tiivas, the director of the Child Protection Sports Unit, said: “We would like to congratulate Wales Rugby League on achieving Level 3 of the Safeguarding Standards. We thank the organisation for your contribution to creating a safe environment for children and young people that works towards the framework for safeguarding and protecting children in and through sport in Wales.”

The self-assurance process is undertaken annually by all the main sport’s National Governing Bodies in the UK. Each NGB must upload evidence and explain how they meet 62 separate criteria on governance, financial management, human resources, policy, risk management and strategy. The results of which show the Sports Councils whether the NGB is fit for purpose and safe enough to receive lottery and public funding. For the last four years, Wales Rugby League has received the highest grading of green.

Wales Rugby League CEO Chris Thair said: “Receiving awards and recognition from three separate bodies in the same month is testament to the fantastic work taking place within Wales. This journey is far from complete and there remains much work to be done but it does show we are on the right road.

“The self-assurance grading just reinforces our own beliefs. We have good governance, are led well, have small financial reserves alongside good financial management and a clear direction of travel. Most importantly we have some good people involved who will ensure this will continue into the future.

“The advanced safeguarding standard from the NSPCC means Wales Rugby League cover the two main aspects of safeguarding in a good manner. We are proactive to prevent issues taking place in the first place however will react in the most suitable way when required. The award shows rugby league in Wales is a good environment for children to be involved in.

“We wish to dedicate the Level 3 safeguarding award to ex WRL board member Martin Roddy whose health is sadly suffering at the moment. Martin has been the long-time stalwart of safeguarding within our organisation and the main instigator in ensuring it is of the highest priority. We are extremely grateful.

“Finally, to hear John Kear say at a recent meeting and subsequently in a public interview with Sky Sports that Wales Rugby League is the best organisation he has been involved in speaks volumes for our culture and practices. As he stated, we are not a cash rich organisation and have much lower revenues than all the other nations and clubs John has coached in the past. These comments reflect how we always try to do things in the right way. with good values and practice; are supportive as a board and is a wonderful reflection upon the staff and players involved in the national team. They are a special bunch of people who will rightly go into 2017 Rugby League World Cup with a great deal of pride.”