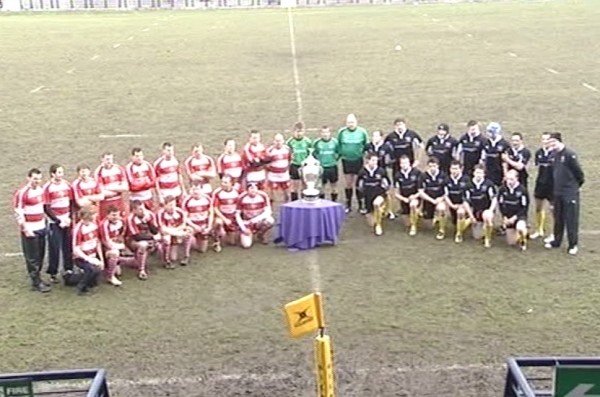 by Stuart Henderson in Edinburgh

Blackwood Bulldogs ensured Wales’ continued rugby success over Scotland this weekend after beating Edinburgh Eagles 28-16 on Sunday to qualify for the third round of the Carnegie Challenge Cup.

The Bulldogs became the first community Welsh side to qualify for the third round in ten years and now they hope to be drawn at home after enduring an 800-mile round trip to play this Sunday’s tie.

“It’s been quite a weekend,” said Blackwood chairman Andrew Smith. “We set out at 4.30am on Saturday and didn’t get back until late on Sunday evening. We were hosted by the Murrayfield Rugby Club on the Saturday where we, eventually, enjoyed watching the Six Nations game and we were delighted to be able to continue the Welsh victories over Scotland.

“We’d love to get a home draw in the next round but we know whoever we draw we’ll have a tough game as we could get teams like Widnes, Halifax or Featherstone Rovers.”

Eagles put on quite a show with the Challenge Cup on display at the impressive Meggetland Sports Complex, but came up short against a very impressive Bulldogs side.

It started so well for the home side when prop John Cox bundled over after 11 minutes with Andy Grodynski converting.

But Blackwood then took control of the game with the impressive full back David James scoring after 14 minutes, Gareth Price adding the extras to level the scores.

Gareth Dare then added back to back tries for Bulldogs, giving them a 14-6 lead with 10 minutes of the half remaining but Eagles finished the half stronger and Jonny Smith made a break with some impressive footwork before putting in winger Cieran Watson for the score, Grodynski converting again to leave Bulldogs with a slender two point lead heading in at half time.

Eagles were caught sleeping at the start of the second half, when a short restart kick was recovered and subsequently scored from by Bulldogs’ David James but Price failed with the conversion.

Man of the match James then completed his hat trick after 54 minutes with another breakaway try, Price converting this one to give the Bulldogs a 24-12 lead.

Clarke Morgan scored a further try for Blackwood to see them home and dry although a late Barry Earl try and some continued Eagles pressure gave the home fans some late excitement.

Giles Lomax, Eagles club captain, was full of praise for his teammates and urged them to make sure Challenge Cup rugby becomes a feature event for Edinburgh.

“The boys gave absolutely everything and it just wasn’t our day,” he said. “Some things just didn’t click into place for us. But this is where we all want to be playing, the back room staff have worked so hard to organise a really good day, and we are just disappointed we couldn’t progress for the crowd that came down. Credit to Blackwood however, they were very worthy winners and we wish them the best of luck in the next round.”

Co-operative Championship One newcomers South Wales Scorpions will not participate while Crusaders enter the Cup in the fourth round.

Gateshead earned the right to host the third round draw as the most successful Co-operative Championships club in the Challenge Cup last season. They reached the quarter-finals before losing to St Helens.