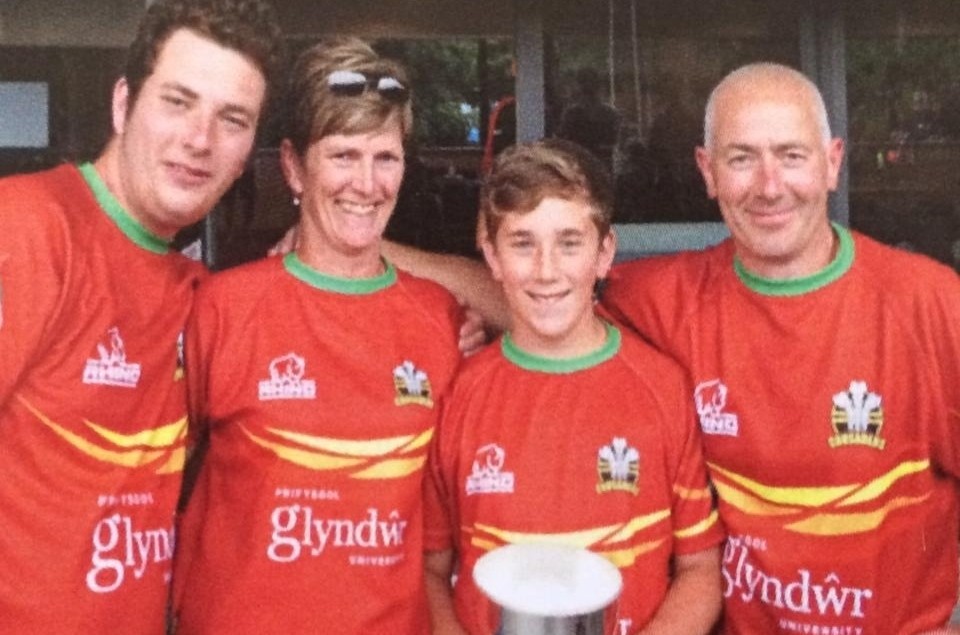 Tributes have poured in for Wales Rugby League volunteer Jacqui Walker who sadly passed away this Monday following an illness.

Her funeral will take place on Friday 19th of September at 12.30. The service will be in Gresford Parish Church near Wrexham followed by burial in Gresford cemetery. It was her wish that people wear “whatever people think celebrates my life”, basically a rugby shirt or something Welsh.

WRL chairman Brian Juliff said: “Jacqui was a long-time supporter of rugby league throughout the whole of Wales, a World Cup ambassador and a member of the WRL North Wales management group amongst many other supporting positions.

“She was a fantastic family lady and words can’t describe how much everyone will miss her.”

Jacqui’s World Cup ambassador work included being heavily involved in the hosting of the USA World Cup side in last year’s RLWC tournament.

Steven Johnson from USARL sent this message: “The USA Tomahawks would like to extend our sympathy to the Walker family and the Welsh Rugby League community at this the saddest of times.

“Jacqui was a beautiful soul and it was a special moment for us when she presented Joseph Paulo with the Wrexham USA flag on our last day at the RLWC. Rest in Peace Jacqui.”

Mother to Tomos and Owain and wife of David, known as “Mouse”, Jacqui was a fan of both codes of rugby, keenly following Scarlets, Ospreys and Wales RU from afar, was a volunteer at Wrexham Bradley Raiders RLFC and a big supporter of North Wales Crusaders RLFC following them home and away.

Their chief executive Jamie Thomas said: “We’re all devastated to lose such a wonderful person as Jacqui, who was a massive part of the Cru family.

“Our thoughts go out to Mouse, Tomos and Owain and the rest of the extended family at such a tragic time.

“Jacqui played a huge role in the development of the club and the game locally and will never be replaced as a volunteer, fan and most importantly a friend to us all.

“How important Jacqui was to so many people, was shown by the numbers of visitors she received in her final few days at the Maelor Hospital, where there were a steady stream of people sometimes dozens deep.

“It’s rare you find someone who had such an impact on so many people and it makes it all the harder when you lose them.”